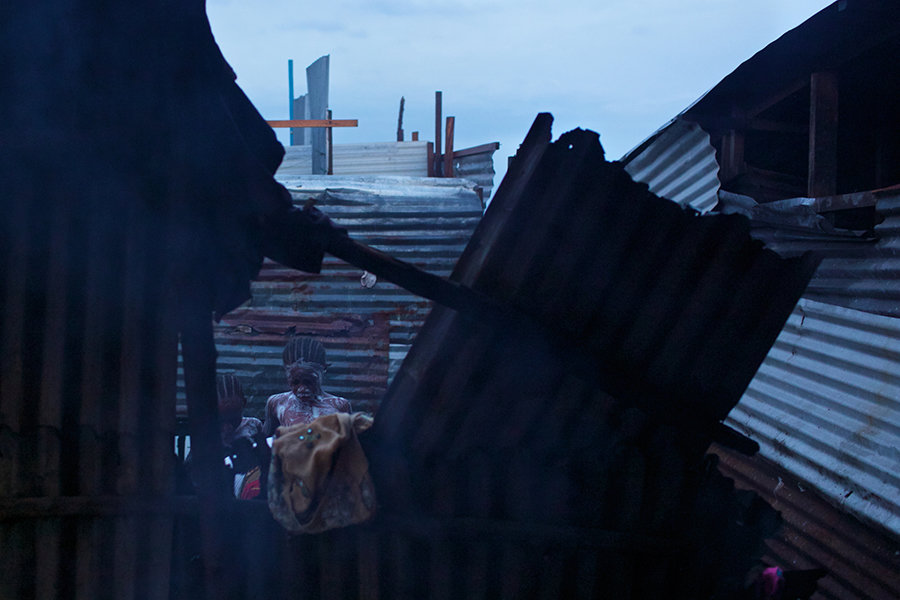 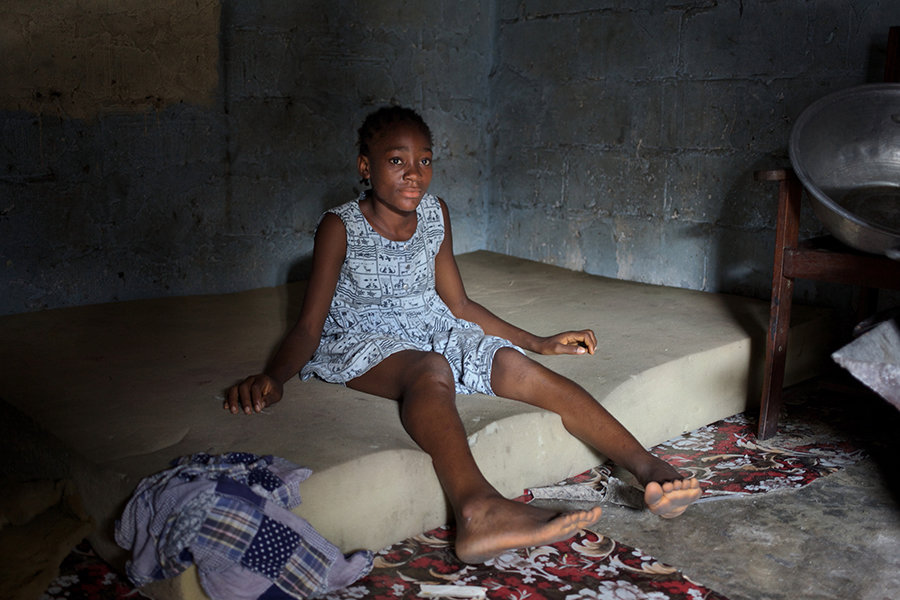 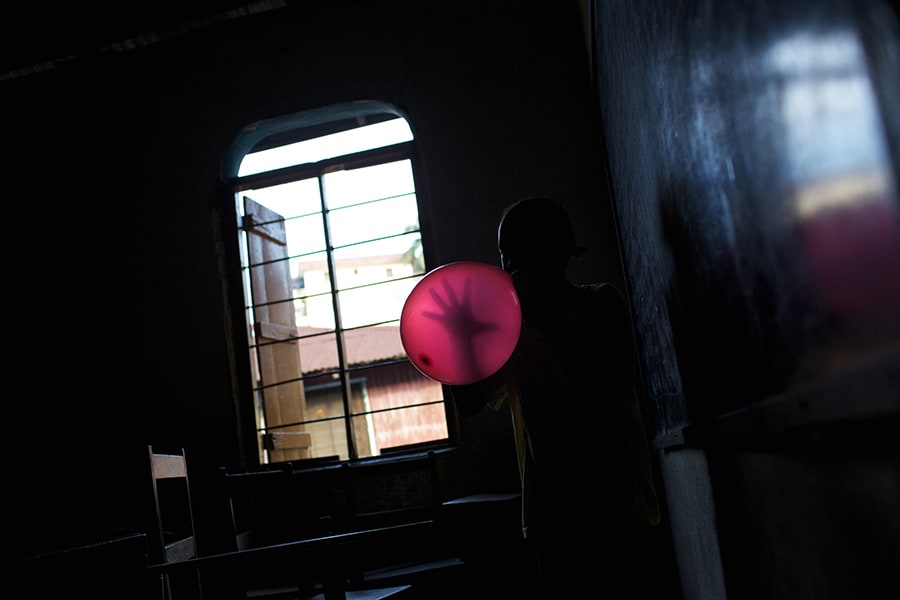 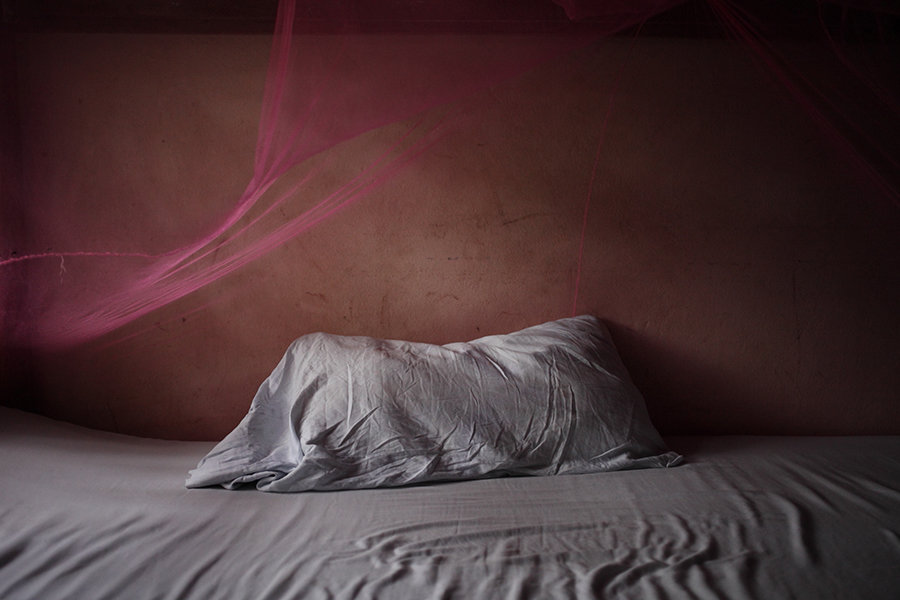 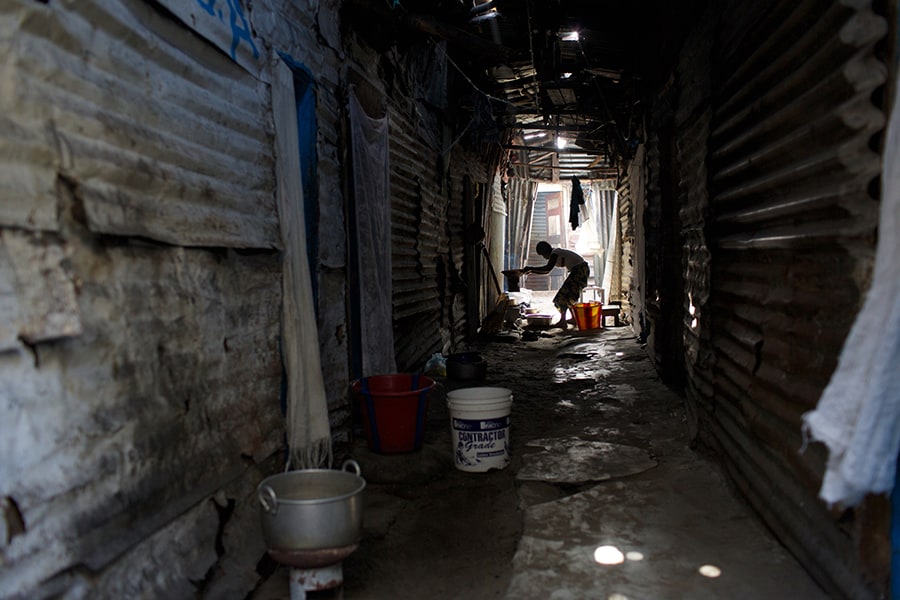 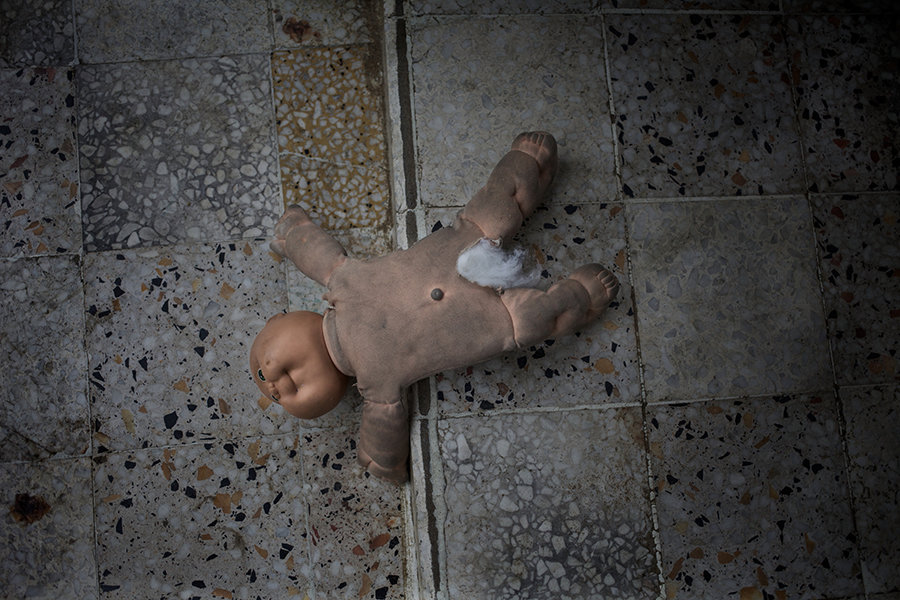 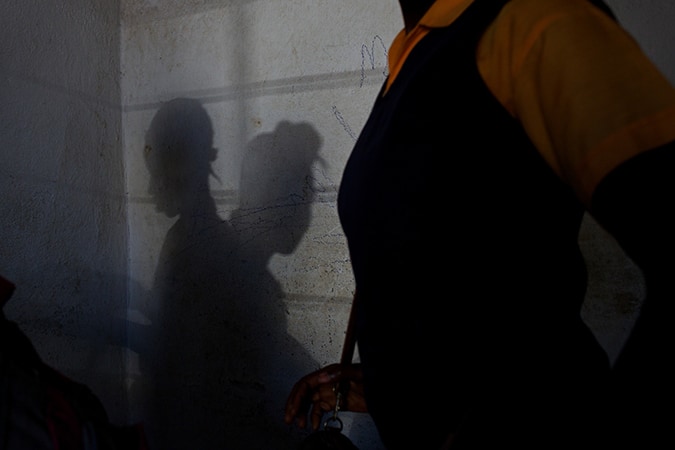 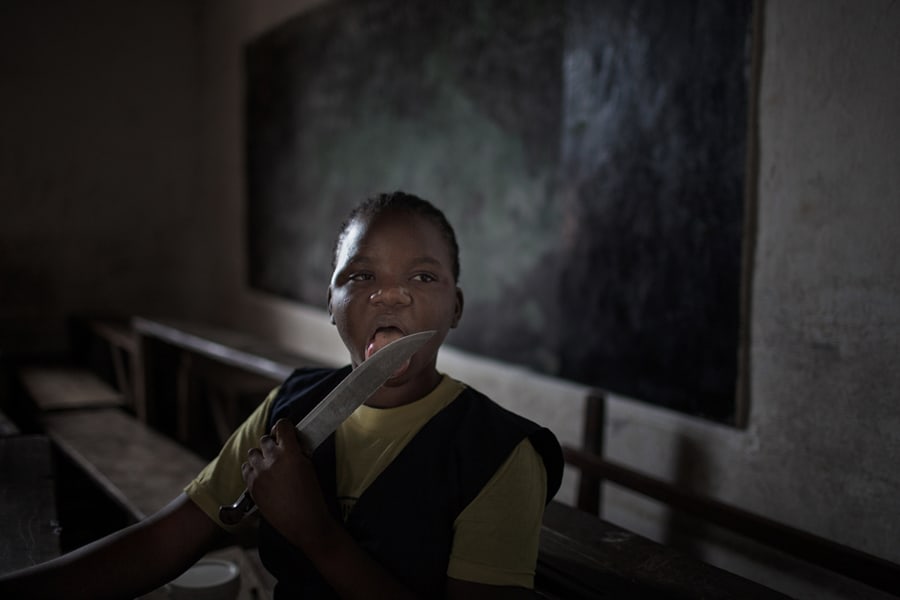 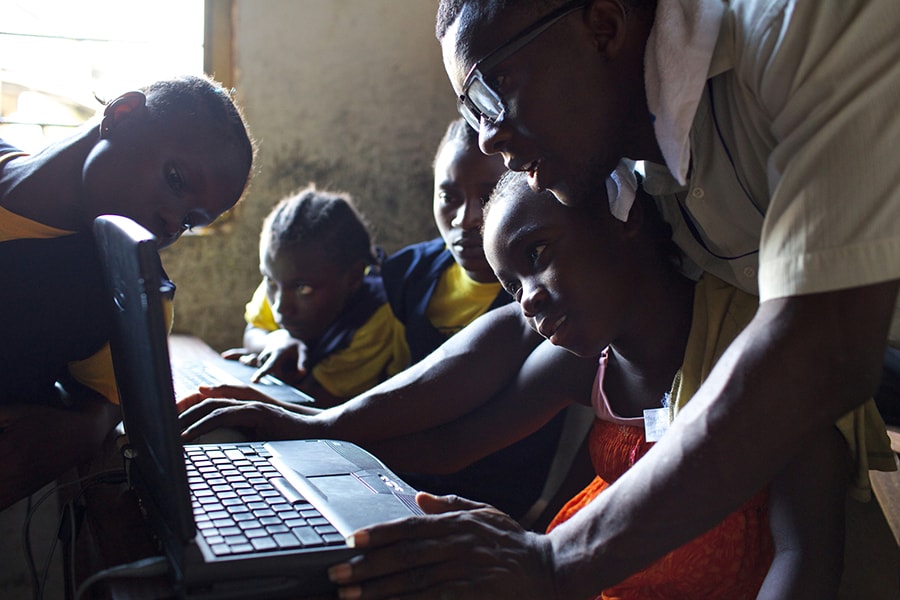 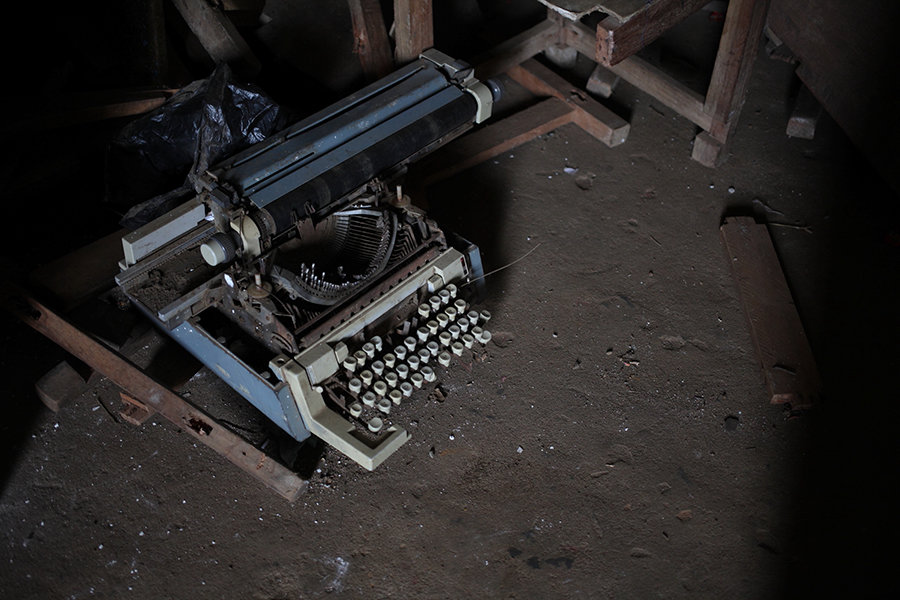 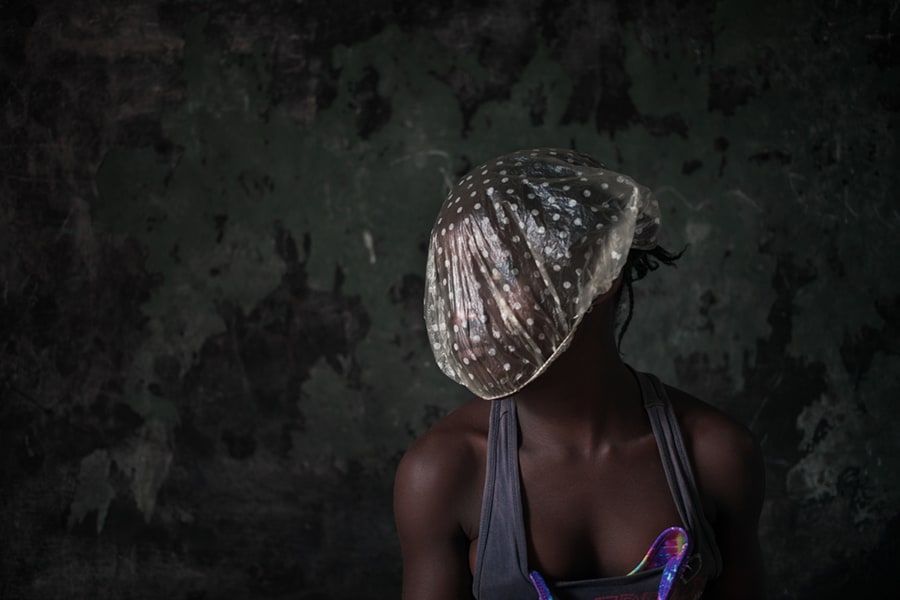 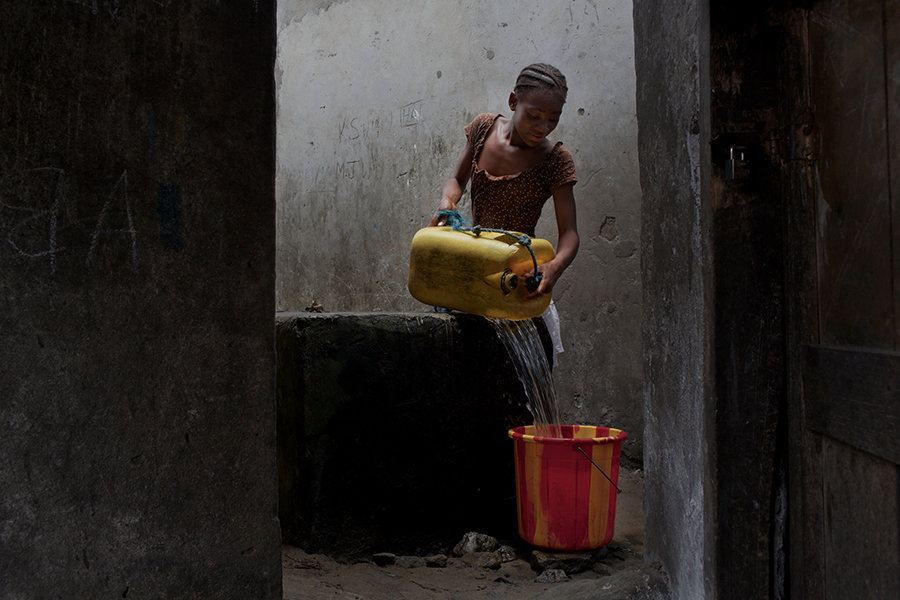 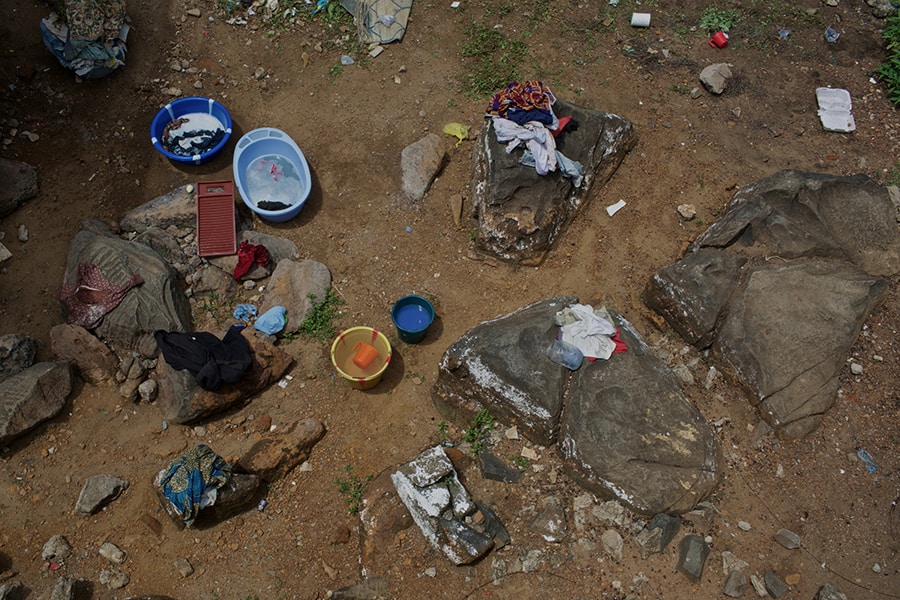 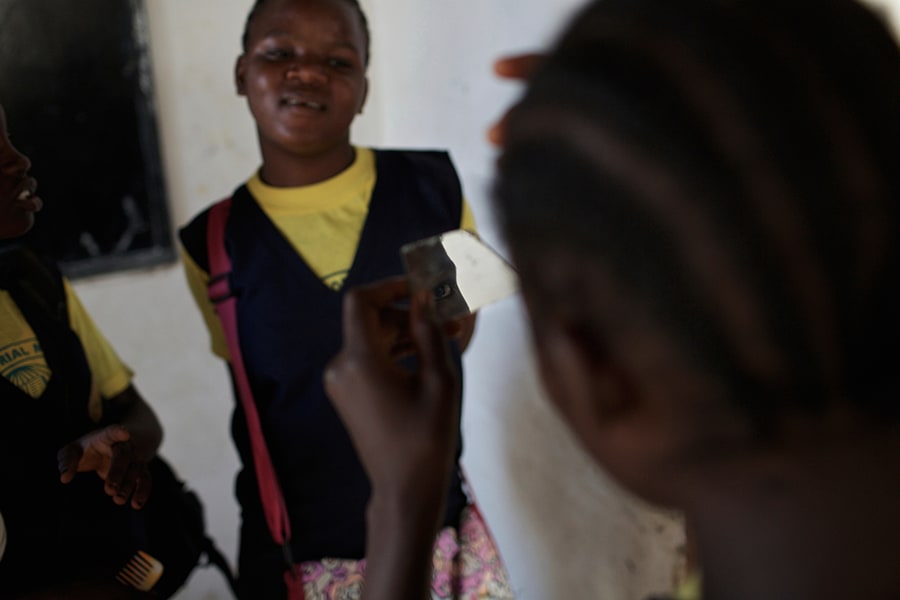 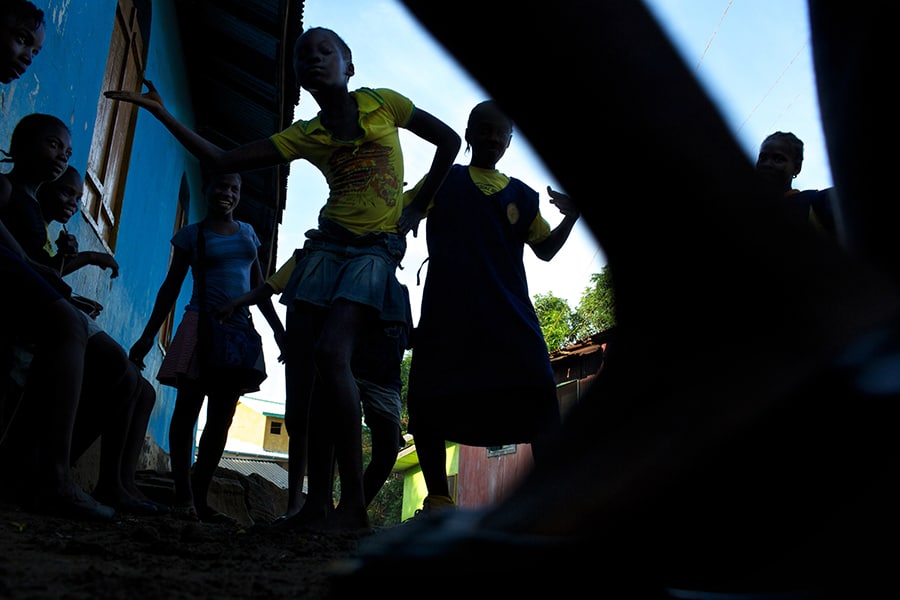 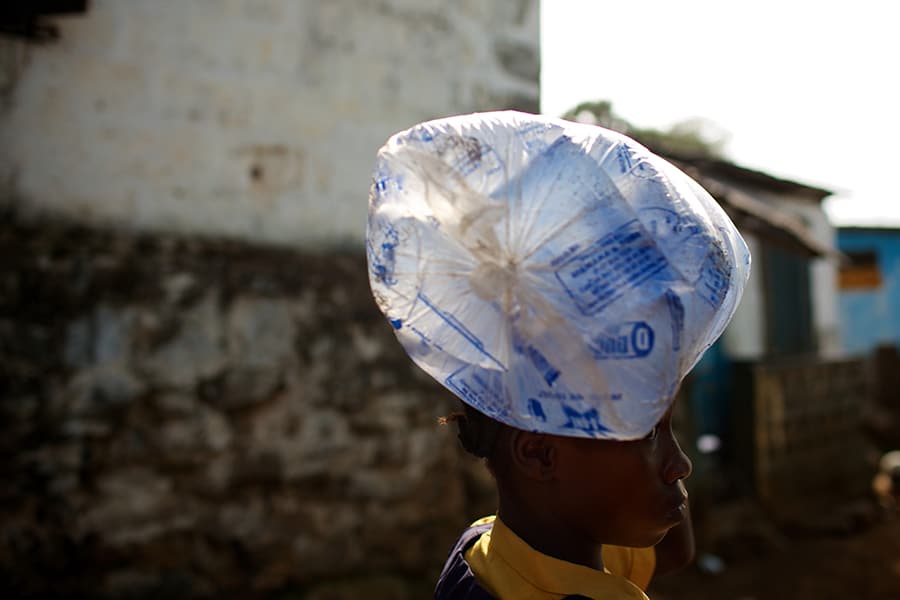 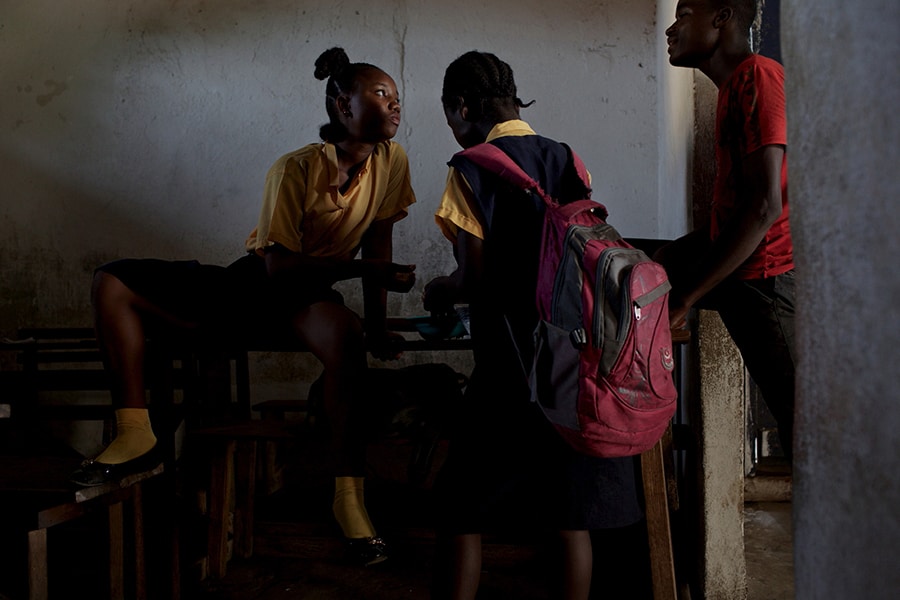 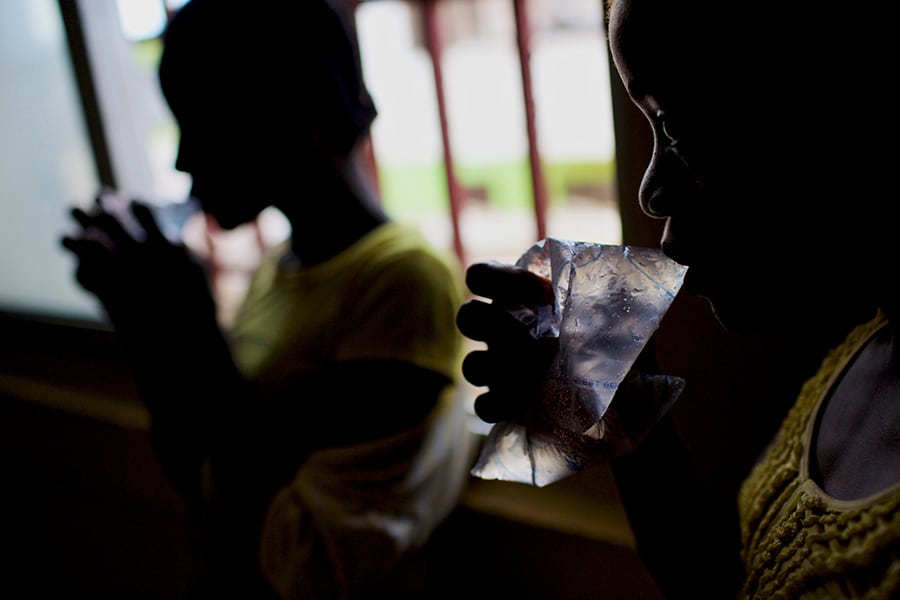 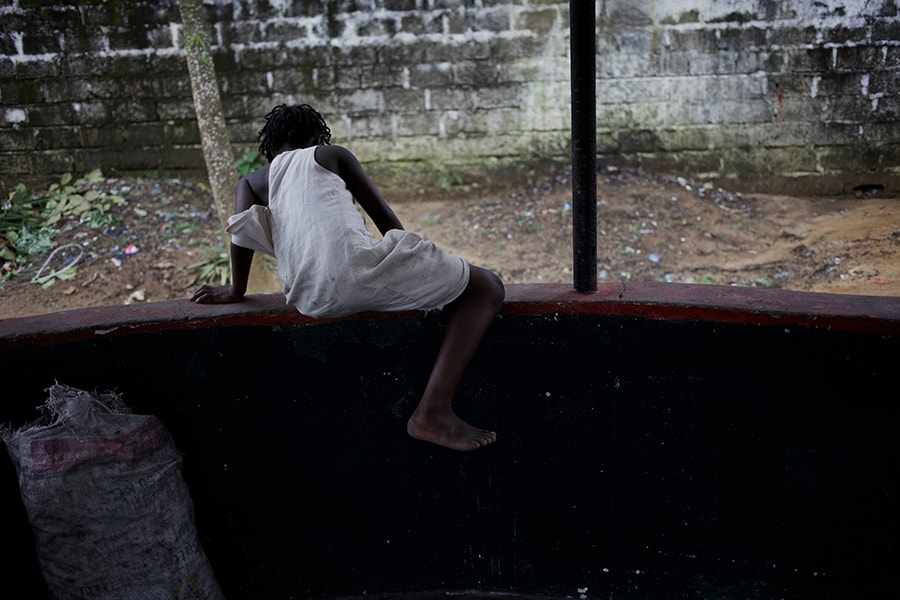 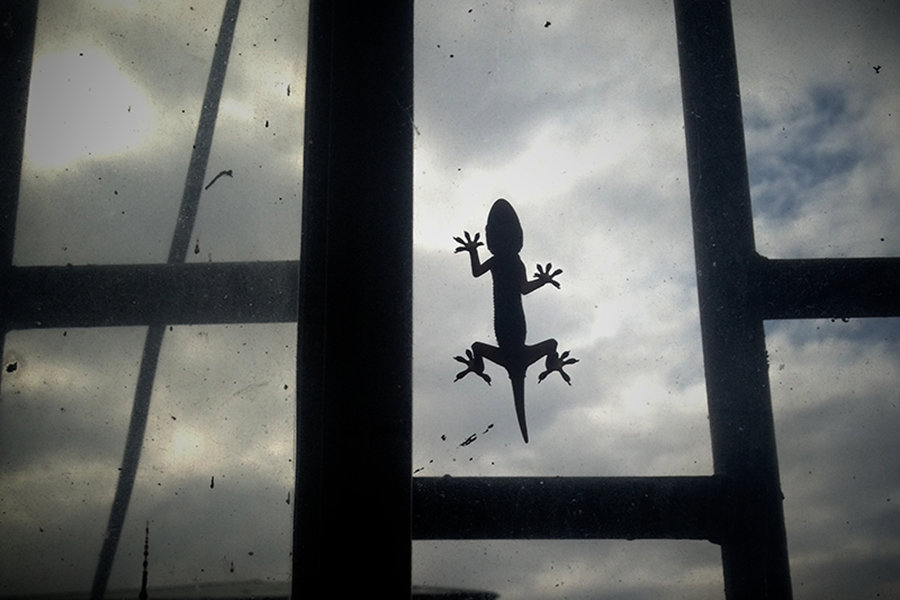 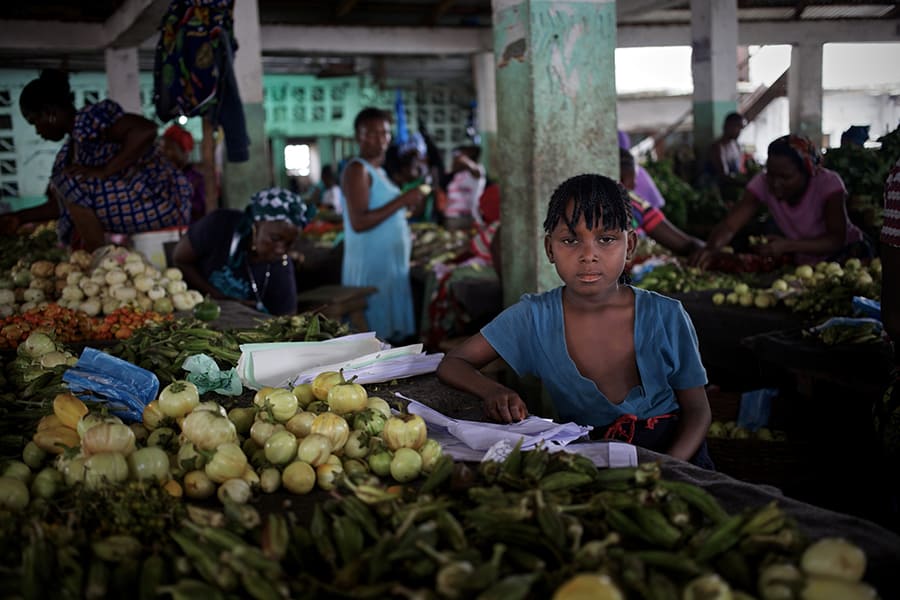 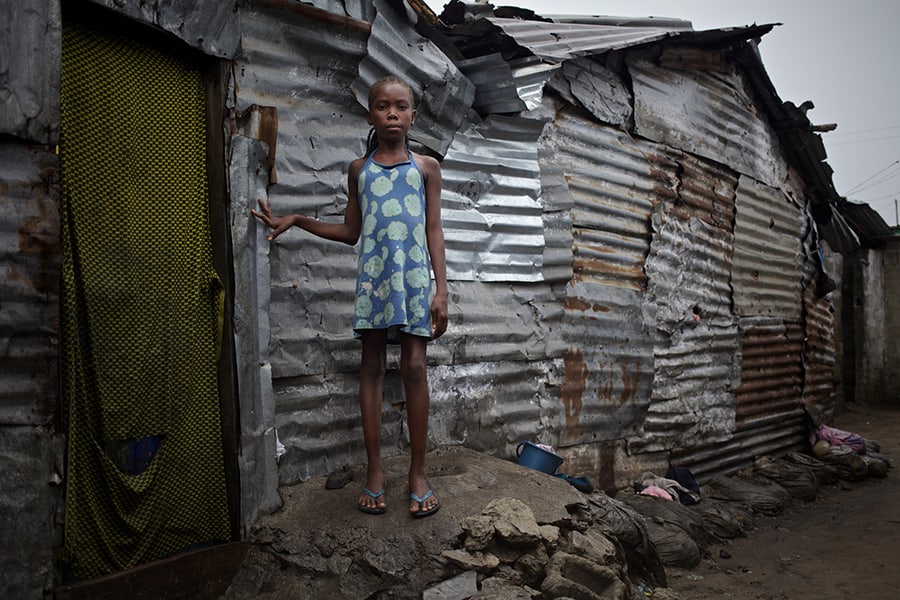 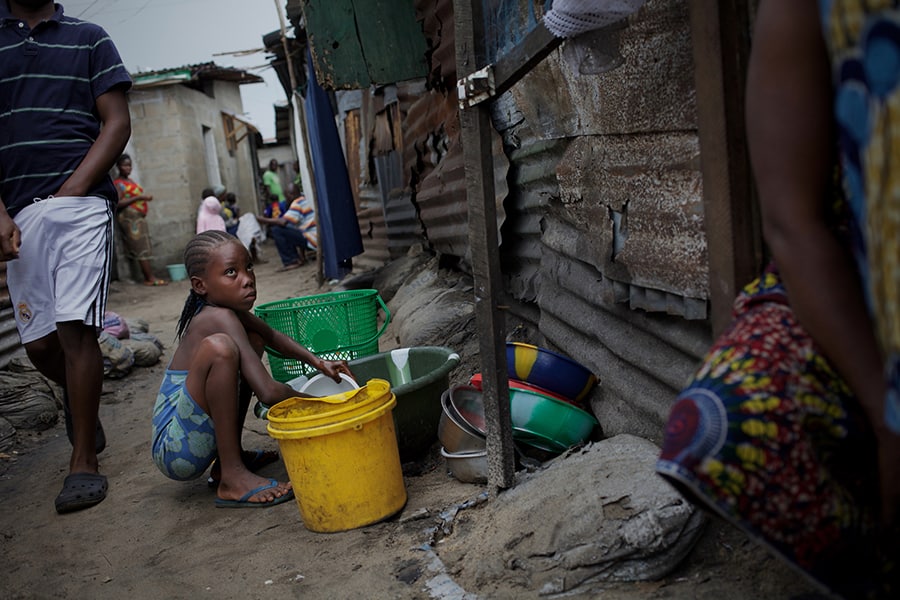 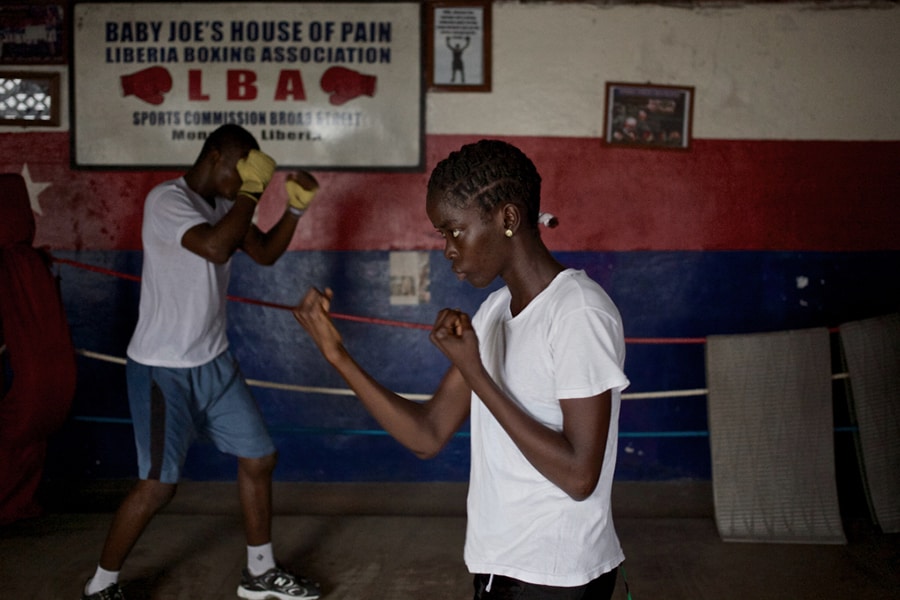 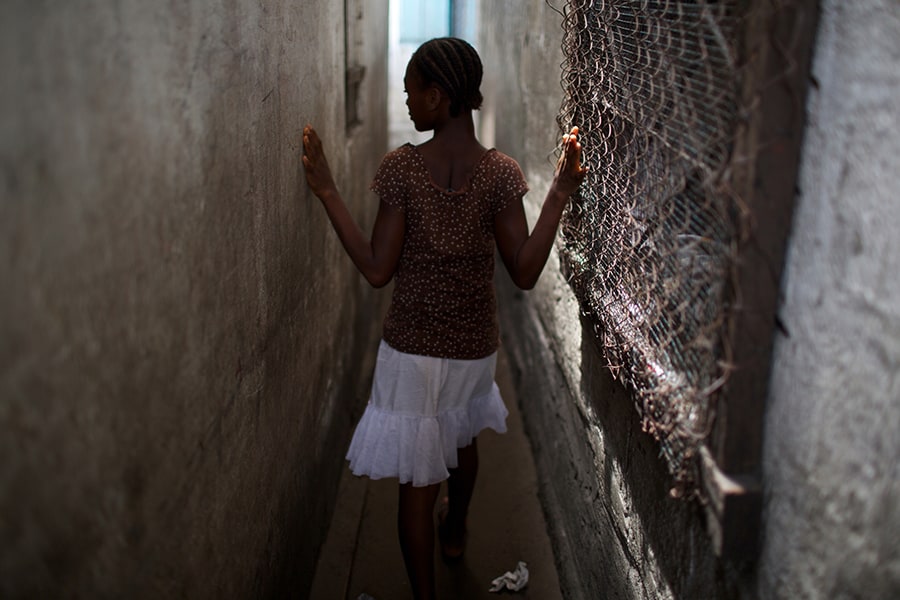 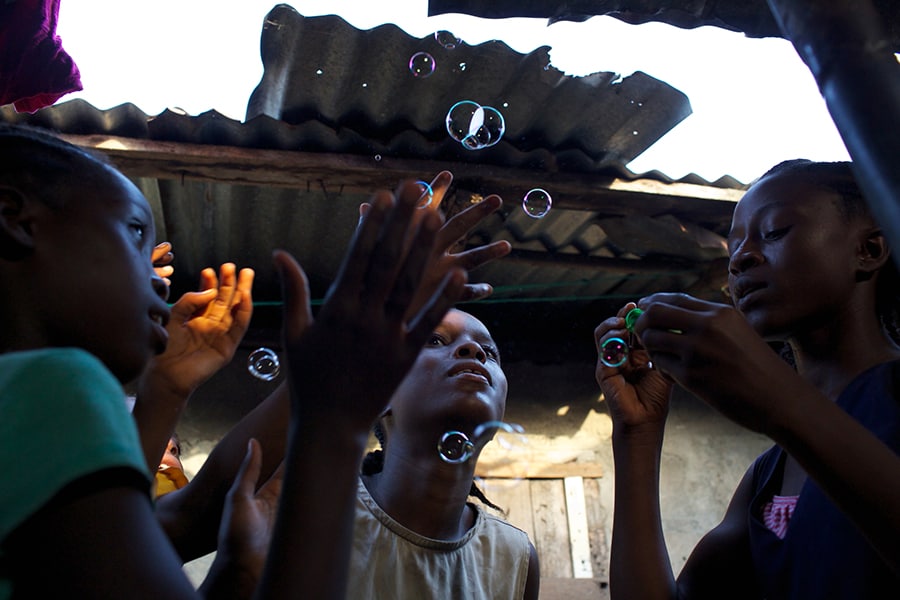 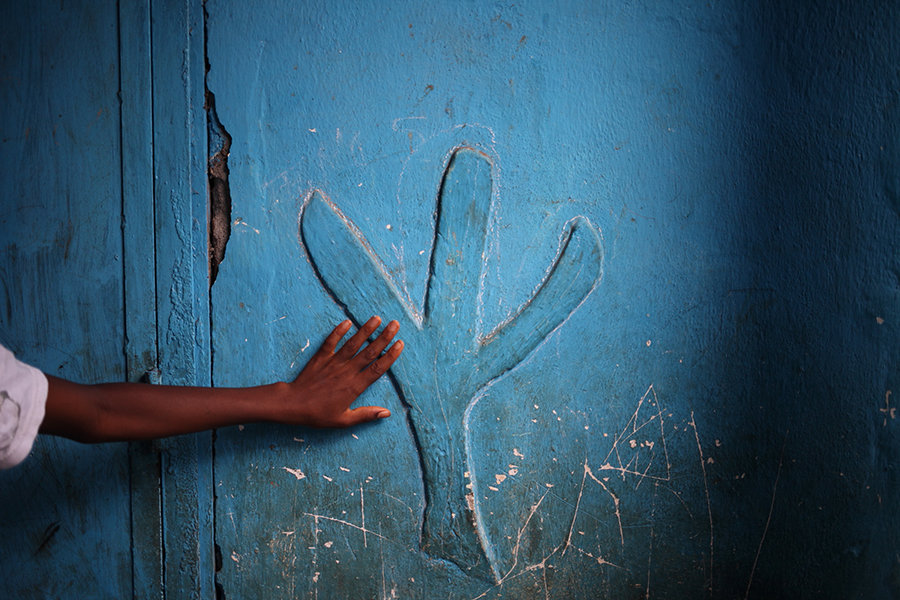 God made woman then he jerked

“God made woman then he jerked”, reads a mural on the streets of Monrovia, Liberia, a country mostly remembered for its fourteen-year civil war and, more recently, Ebola epidemic.

As Liberia celebrated its 10th anniversary of peace in summer 2013, and with a woman occupying its highest political office, I was keen to explore the lived experience of a post-war generation of girls growing up among a war-scarred population. While I specifically focused on girls living in West Point, one of Monrovia’s townships, it is important to bear in mind that the problems they face are typical for the majority of urban dwellers. Only 8% of Monrovians have access to piped water and 1% to the electricity grid. Using generators makes the cost of electricity one of the most expensive in the world according to the UN.

Despite the presence of some high profile female figures in Liberian politics, the everyday realities and opportunities are very different for the majority of women. Relatively few girls are able to attend school as they find it difficult to reconcile their obligations towards their families with the demands of schooling. Many struggle to afford the obligatory school uniforms and registration fees despite education being (at least in theory) free. Sexual and gender based violence remain major concerns, including in Liberia’s educational system, and it is not uncommon for students to be subject to sexual harassment when it comes to exchanging favours for grades. In 2013, all 25,000 candidates failed the entrance exam to the University of Liberia, prompting President Sirleaf to brand national education system as “a mess”.

I hope this project might help shed light on the disproportionate burden of the aftermath of its civil war on women – one that, paradoxically, was fueled by the very inequalities it now helps perpetuate. I would tell of their resilience and determination, as evident in the lives of these young girls as they fight to improve their prospects for the future. To understand the lived experience, and hopes, of a new generation of women is more critical today than ever before.

Magda Rakita (born 1976, Poland) became interested in photography and storytelling as a way of sharing her experiences as a passionate traveller. She subsequently gave up her career in finance and now mostly works with NGOs and aid agencies, as well as on self initiated documentary projects. Her projects tend to focus on social issues involving women, health, intimacy, and development. Aside from documentary photography, she engages others in participatory projects, and produces multimedia.

In 2013 she graduated with a distinction from the MA in Documentary Photography and Photojournalism at London College of Communication. She is the receipient of several awards and nominations including the 2013 Ian Parry Scholarship, The Magnum IdeasTap Photographic Award, the International Photography Awards and the PhotoPhilanthorpy Activist Award. She is based in Cambridge, UK.