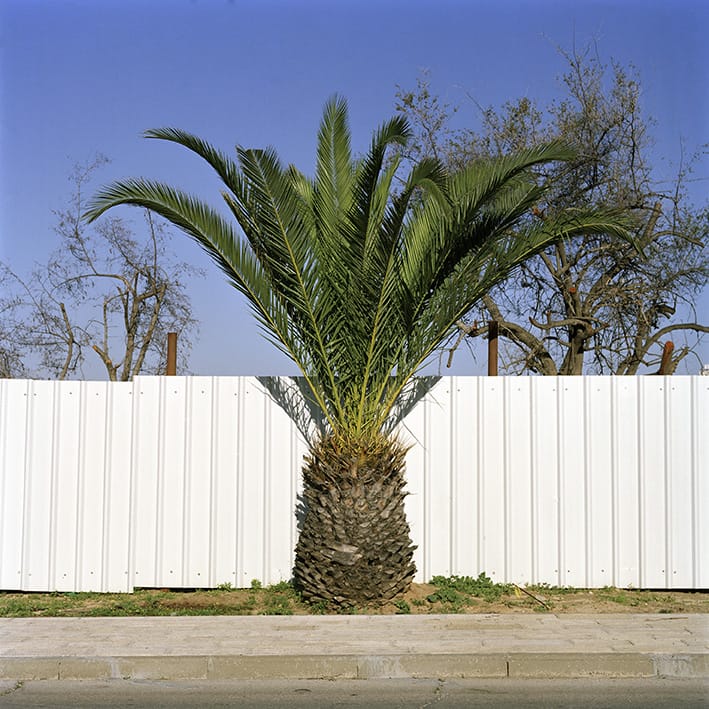 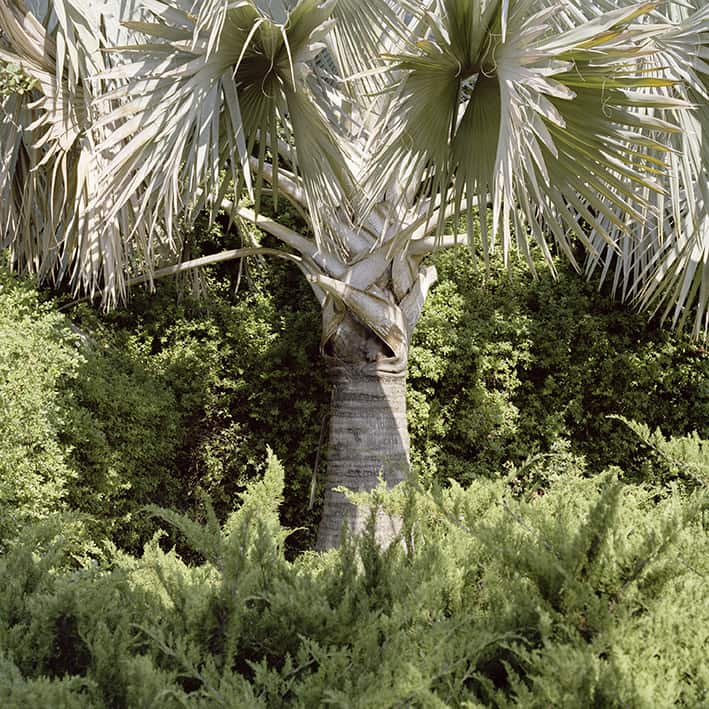 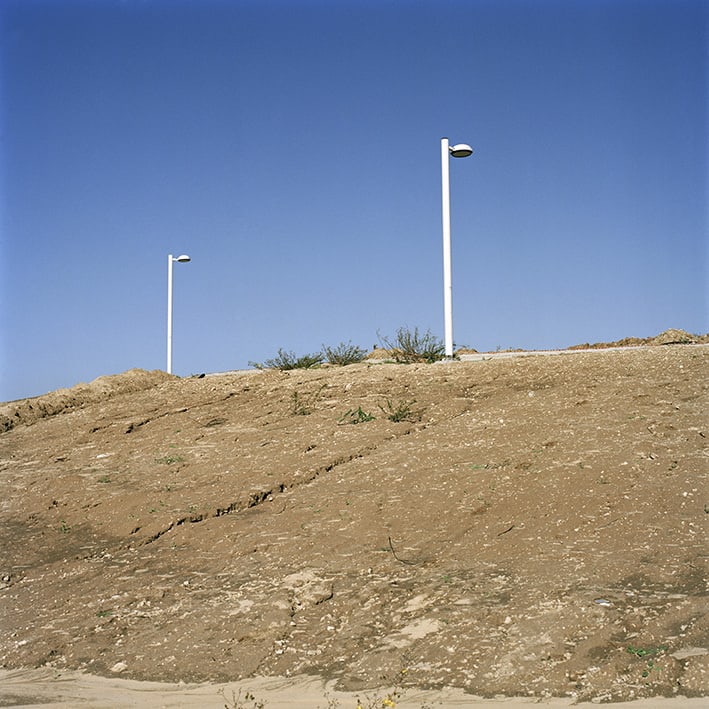 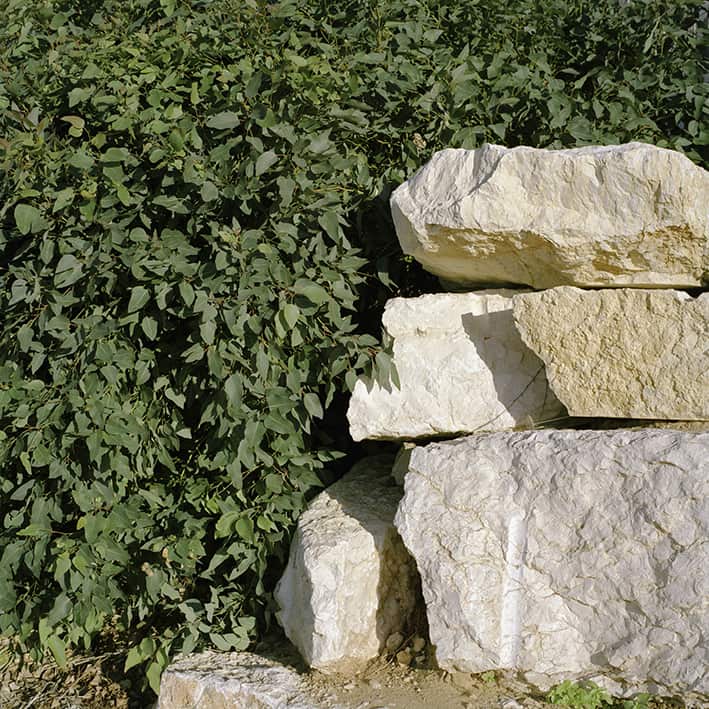 “In Garden State, I consider how gardening, like mapping, is a way of allocating territory.

Between 2010 and 2013, I made a series of visits to Israeli occupied territories between the Mediterranean and the Jordan River. I travelled across twenty-two Israeli suburban settlements making photographs of public and private gardens. This photographic journey examines how the gardens in these occupied lands are both material and symbolic evidence of a continuing colonisation.

My photographs trace details of the suburban settlement gardens extending from the coastal areas surrounding Tel Aviv, unlawfully crossing the Green Line and into the Occupied Palestinian Territories, covering over Palestinian villages destroyed in 1948, and cutting off Palestinian communities in the West Bank from each other. Through systematically photographing these micro-landscapes I reflect on how gardening has been used to progressively expand territory.

I have presented this work as a room installation of 120 images, and as a publication with 53 colour plates. The book also features a taxonomical table of colonising plants by Sabina Knees (Middle Eastern plant botanist at the Royal Botanic Gardens Edinburgh), an essay by Professor Val Williams (curator and Director of the Photography and the Archive Research Centre) and a conversation between myself and Professor Eyal Weizman (architect and Director of Forensic Architecture). Each element reflects on the work as well the political relationship between gardens and colonisation that has existed from the eighteenth century to the present day.”

Garden State exhibition and publication are co-produced by Ffotogallery, Cardiff, The Mosaic Rooms, London, and UAL Photography and the Archive Research Centre (PARC), London College of Communication, and supported by the Arts Council of Wales, A.M. Qattan Foundation and University of the Arts London. 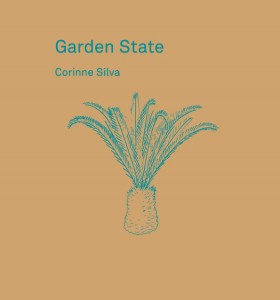 Corinne Silva’s practice is concerned with landscape as a complex interrelation of culture and geography, politics and botany, living beings and inanimate matter. The artist explores these interrelations through a direct and immediate engagement with the territories she visits, on journeys through Europe, North Africa and the Middle East. The effect of human activity on land, geographic and political borders, migration and ecology are among the issues that are investigated in Silva’s works. Silva explores these themes by means of photography and video, often combined in the format of installation, as well as integrating the elements of performance. The artist responds to landscape in an embodied and subjective manner, thereby rejecting an objective point of view, in order to create new narrative possibilities that disrupt traditional modes of the visualisation of landscape.

Corinne Silva (b. 1976, UK) is a Postdoctoral Research Fellow at the Photography and the Archive Research Centre, University of the Arts London. She gained her PhD from UAL’s London College of Communication in 2014. She received a Triangle International Fellowship (2014); was artist-in-residence at A.M. Qattan Foundation Ramallah, (2013 and 2014); Kaunas Photography Gallery, Lithuania, (2014); and Aktuelle Architektur Der Kultur, Centro Negra, Murcia, Spain (2015). She was nominated for the FOAM Paul Huf Award and was a Mac First Book Award finalist (2012). Her monograph Garden State was published in 2016 by Ffotogallery and The Mosaic Rooms.