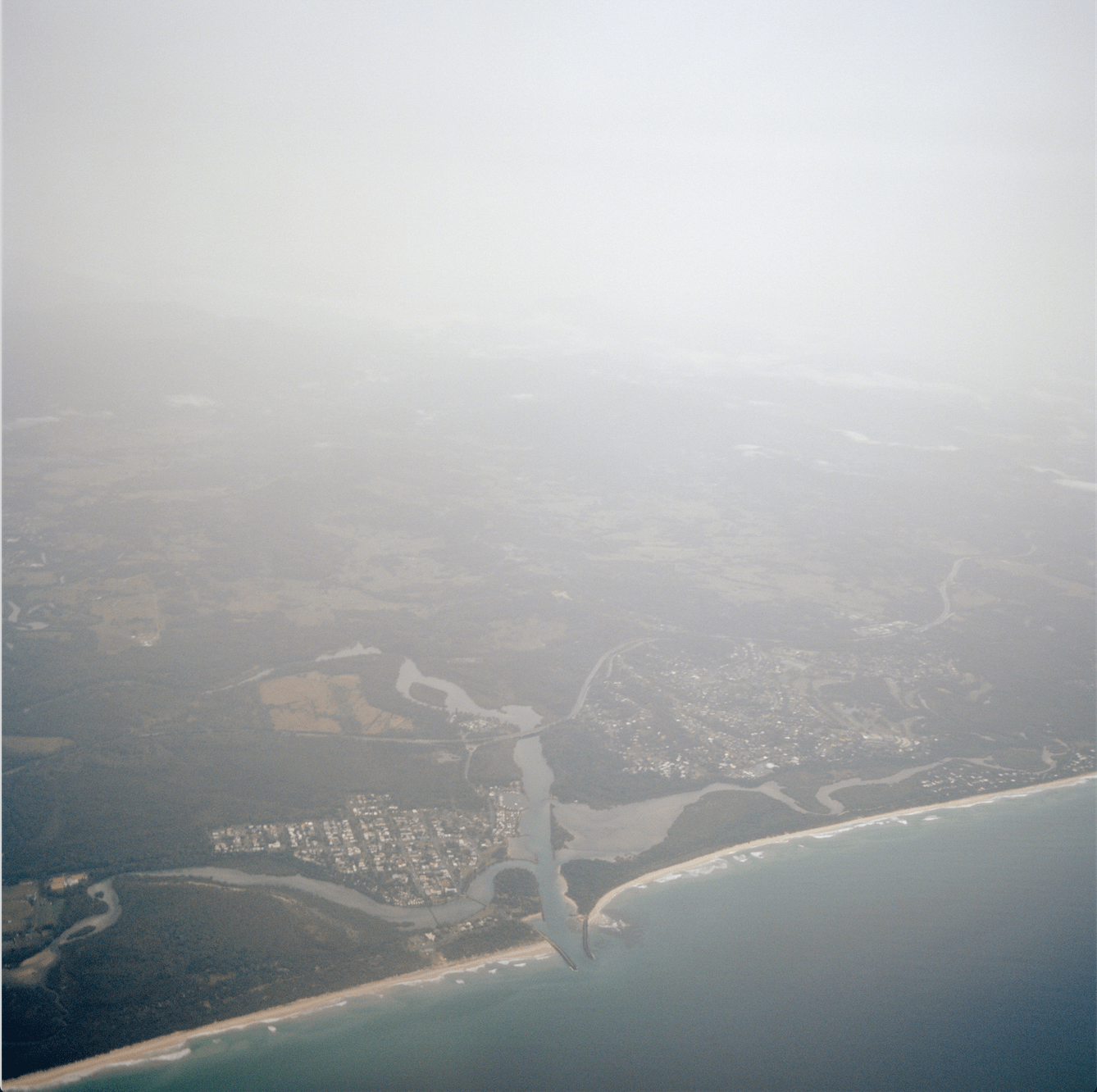 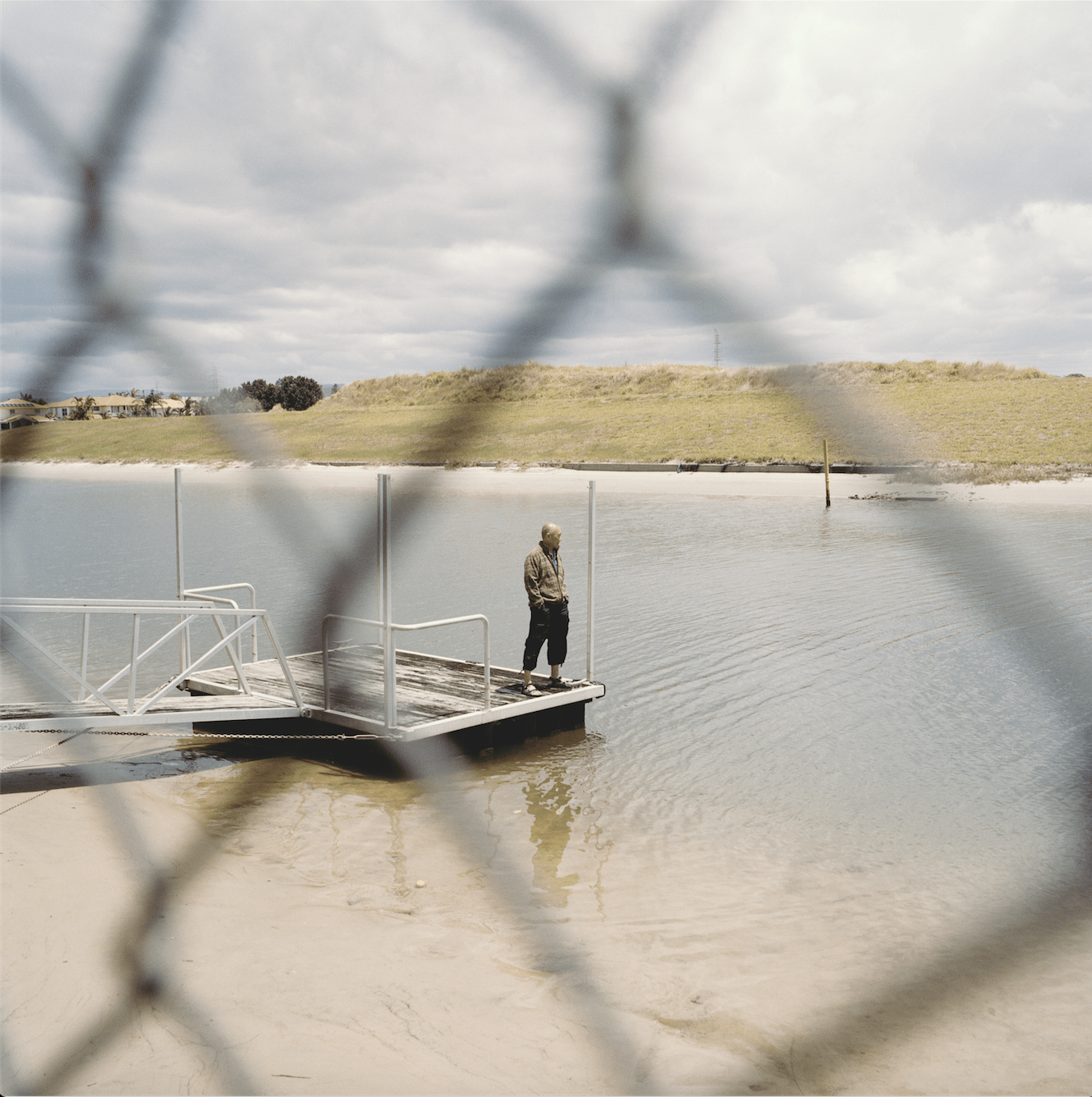 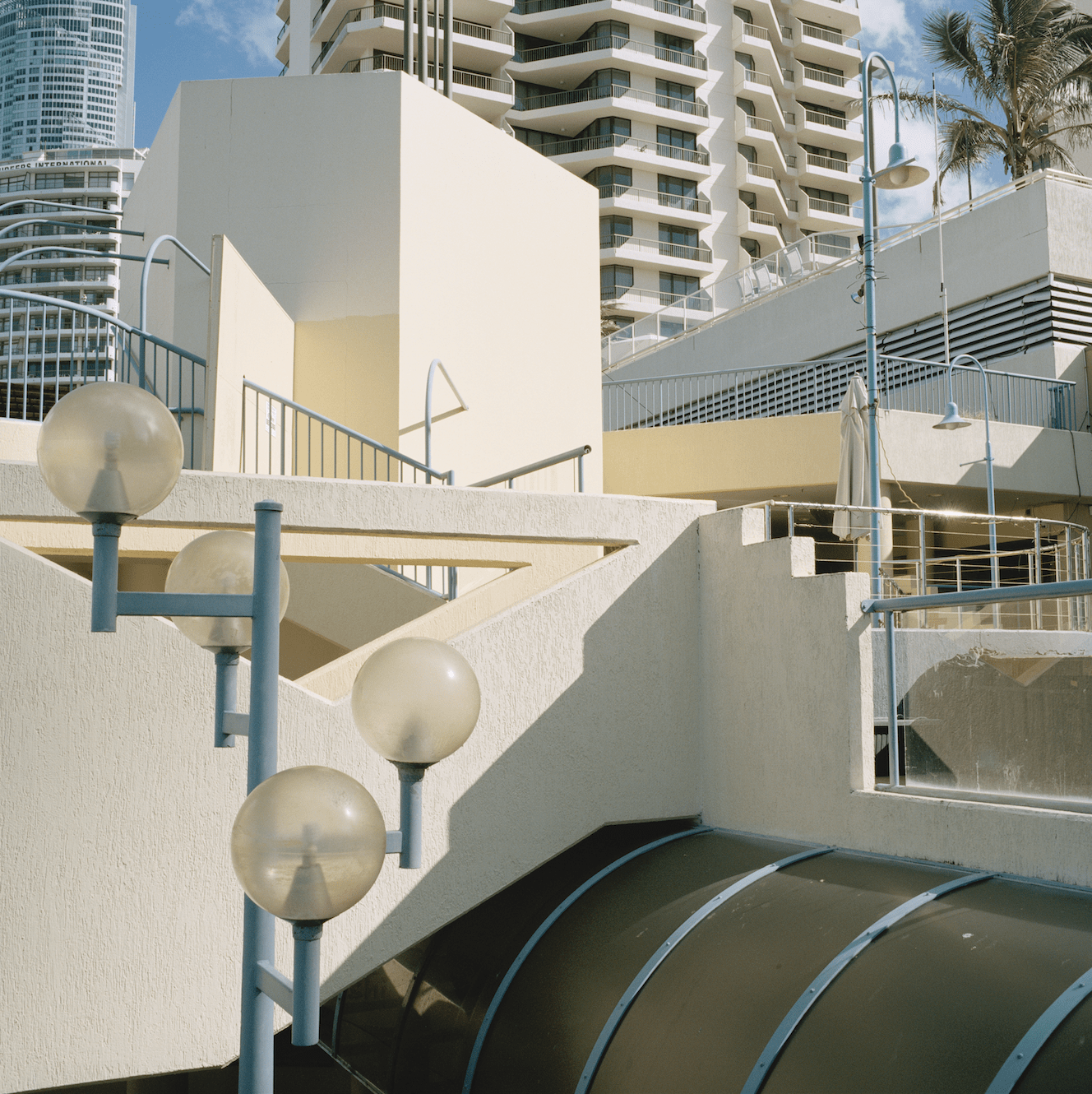 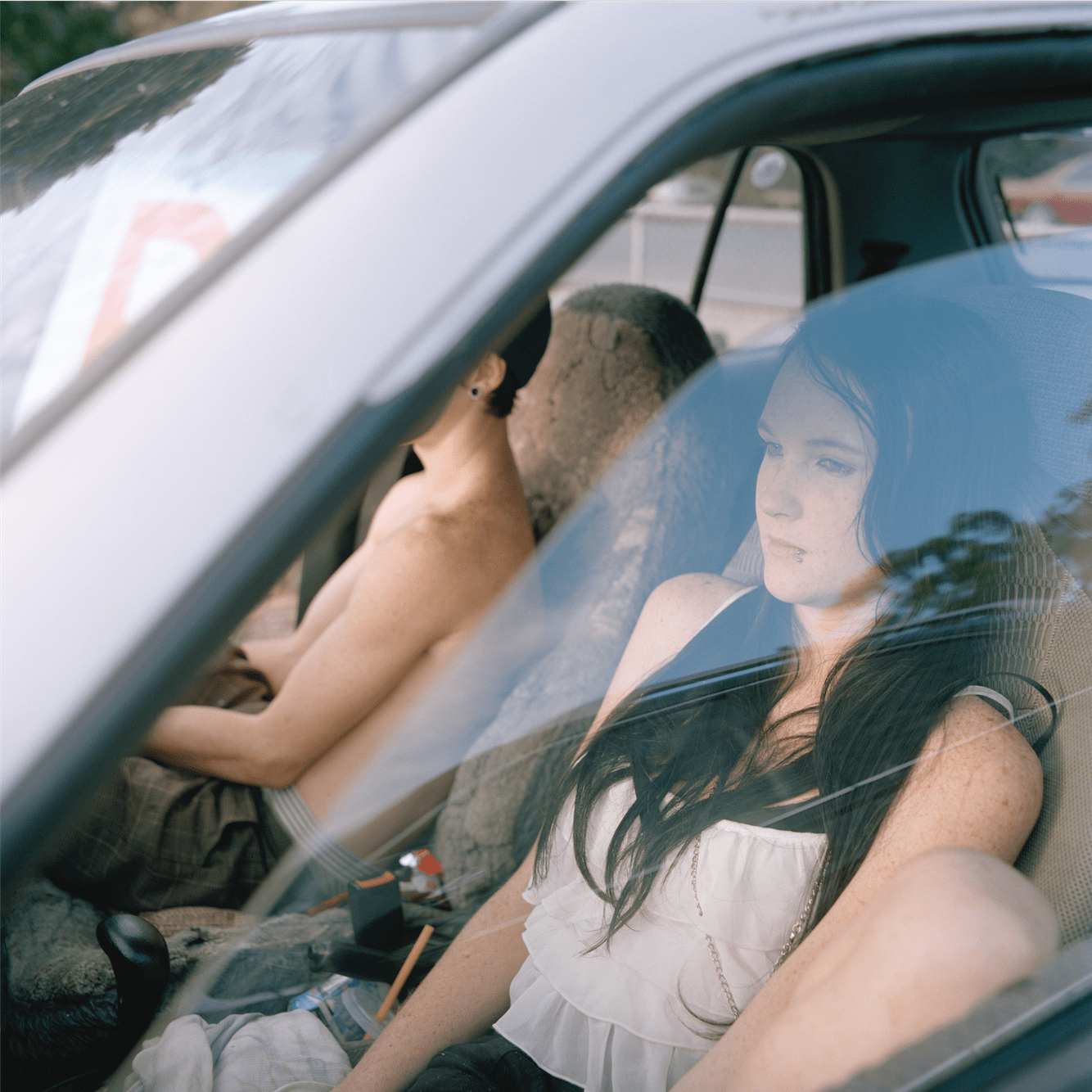 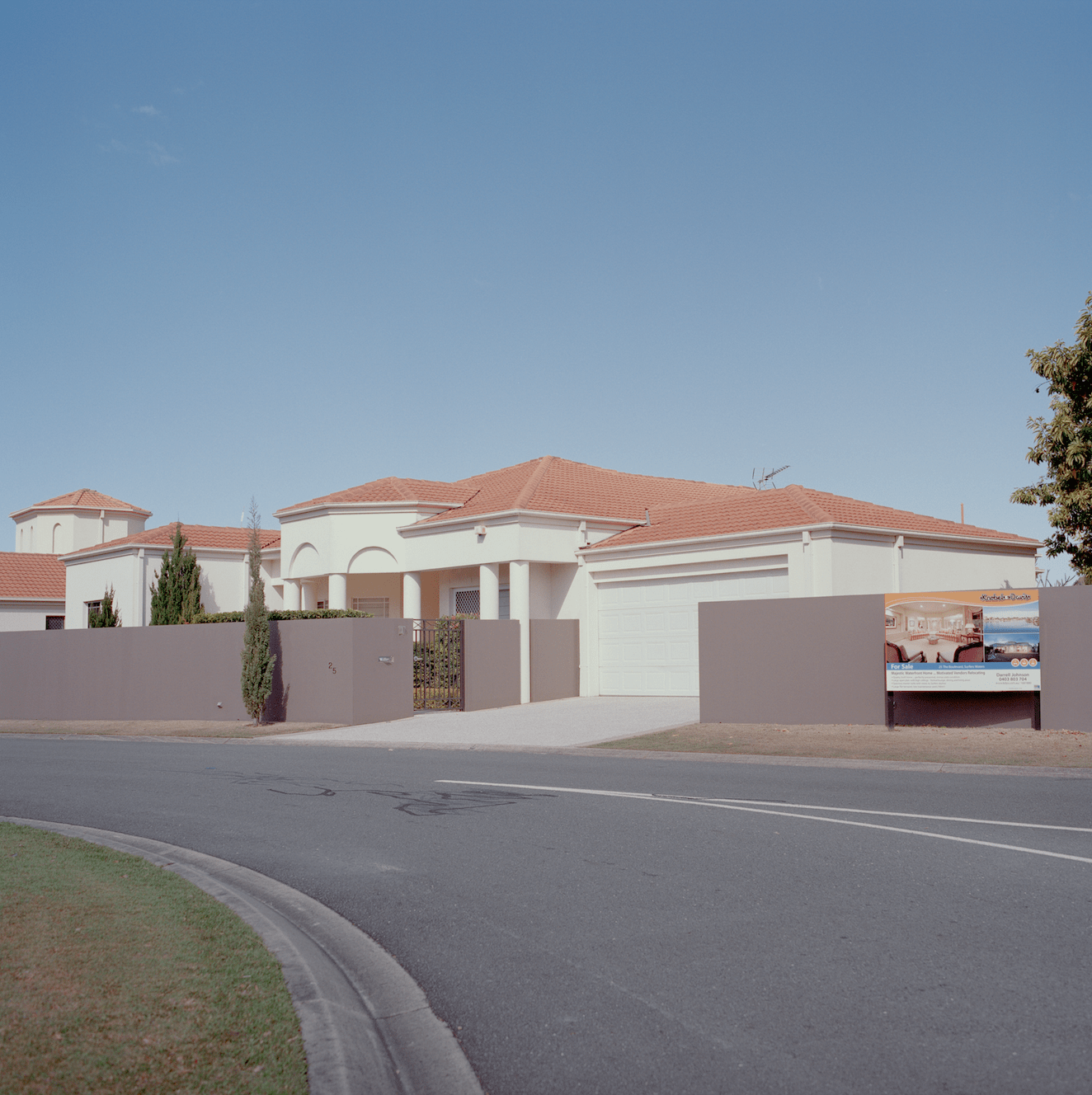 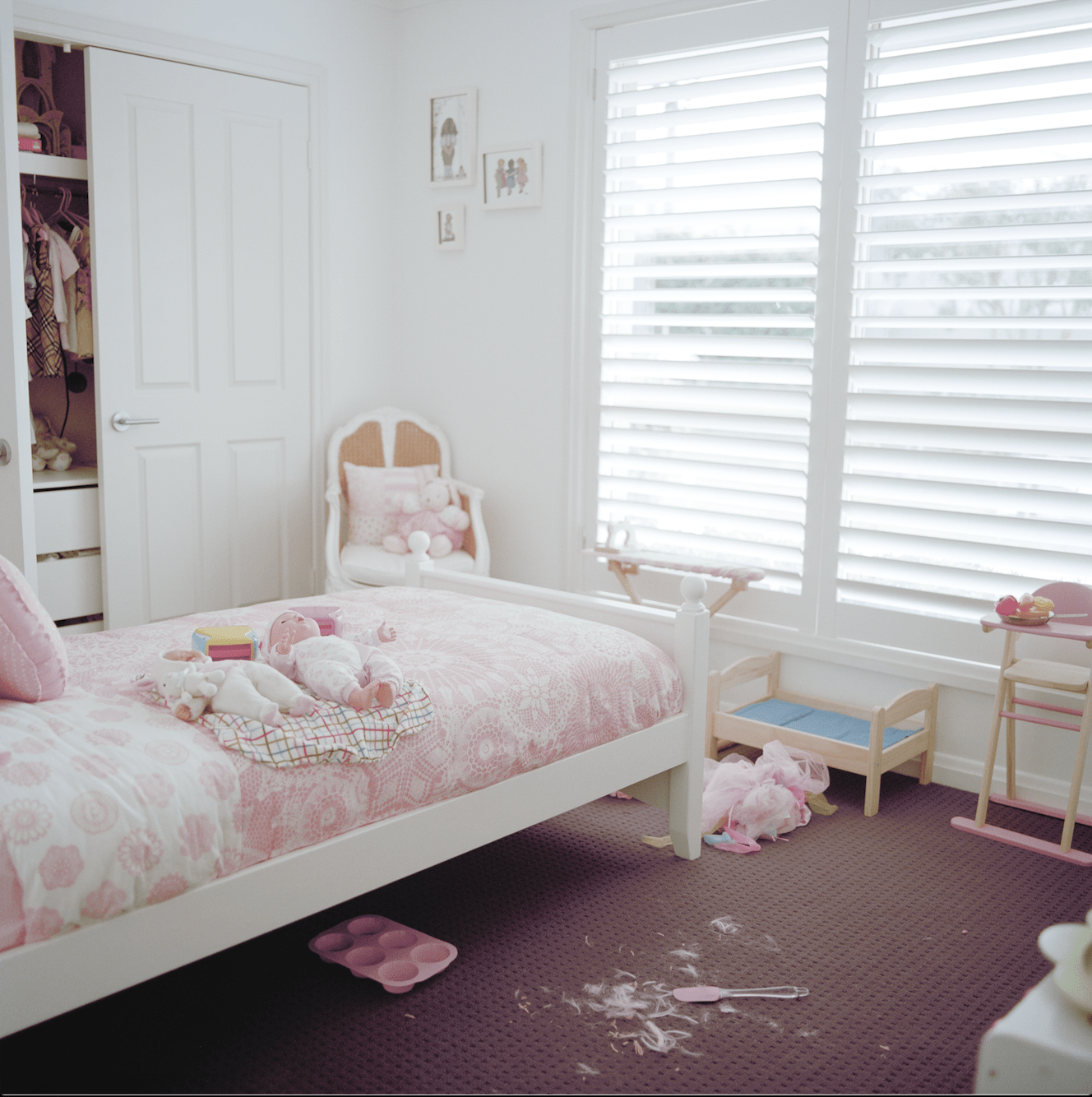 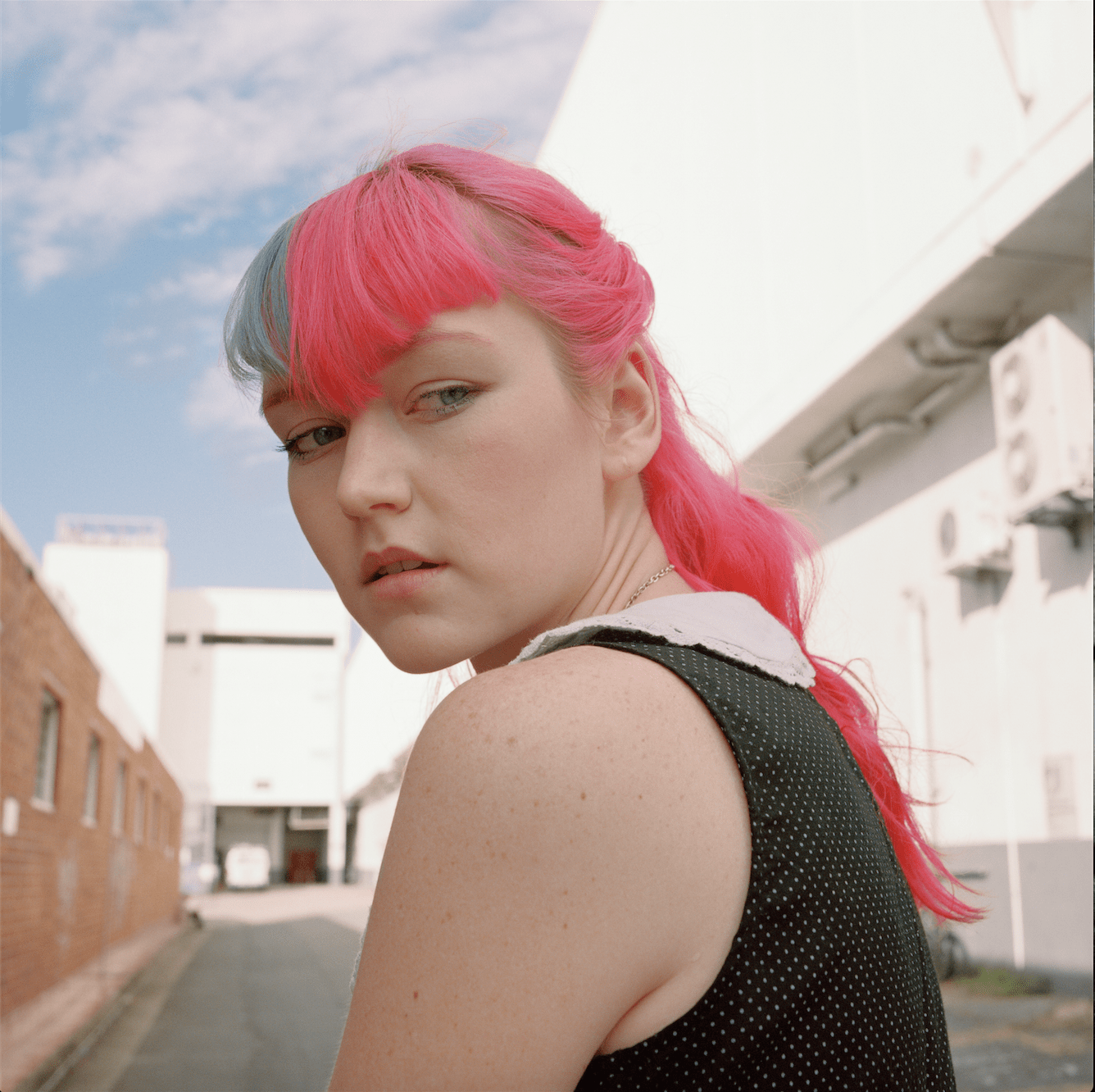 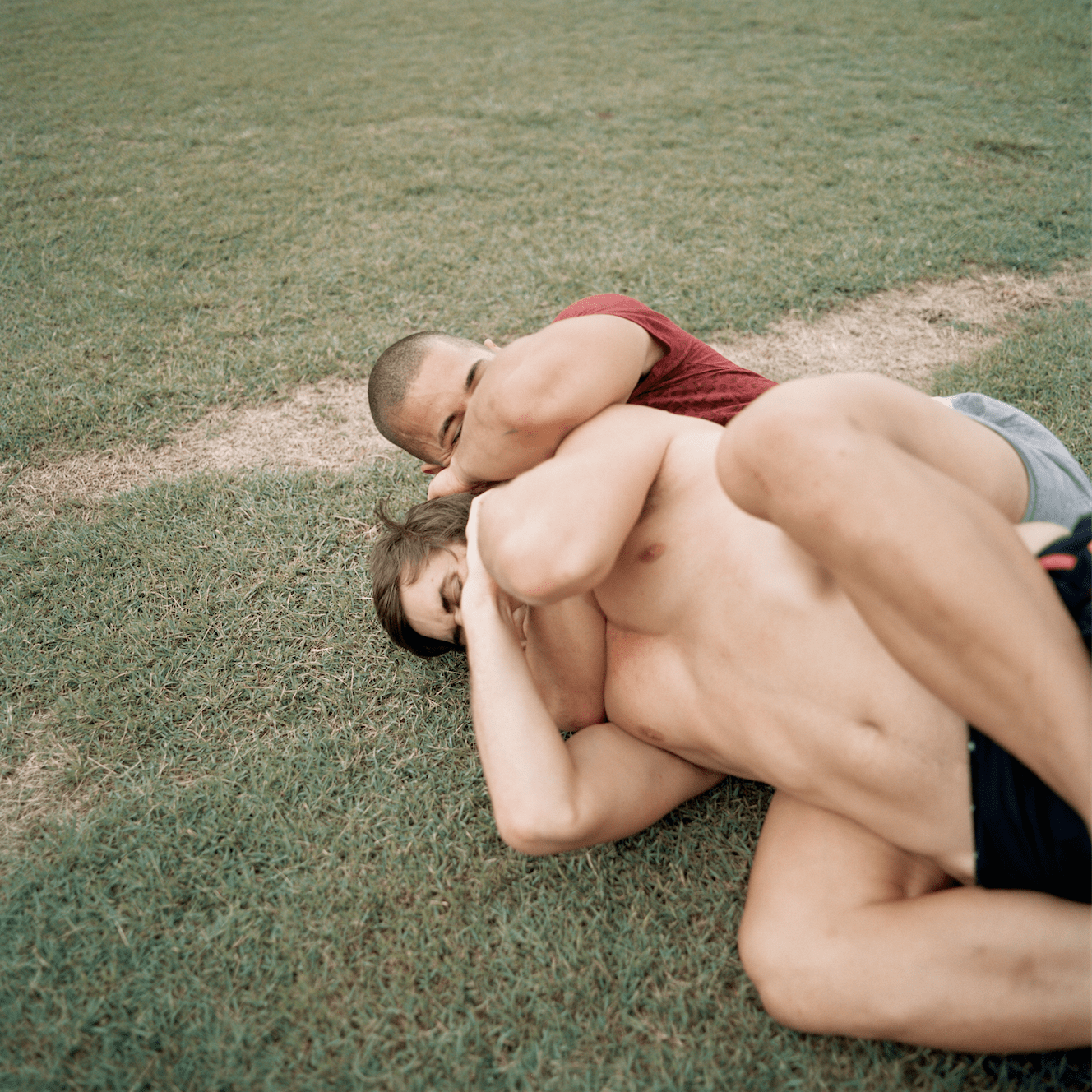 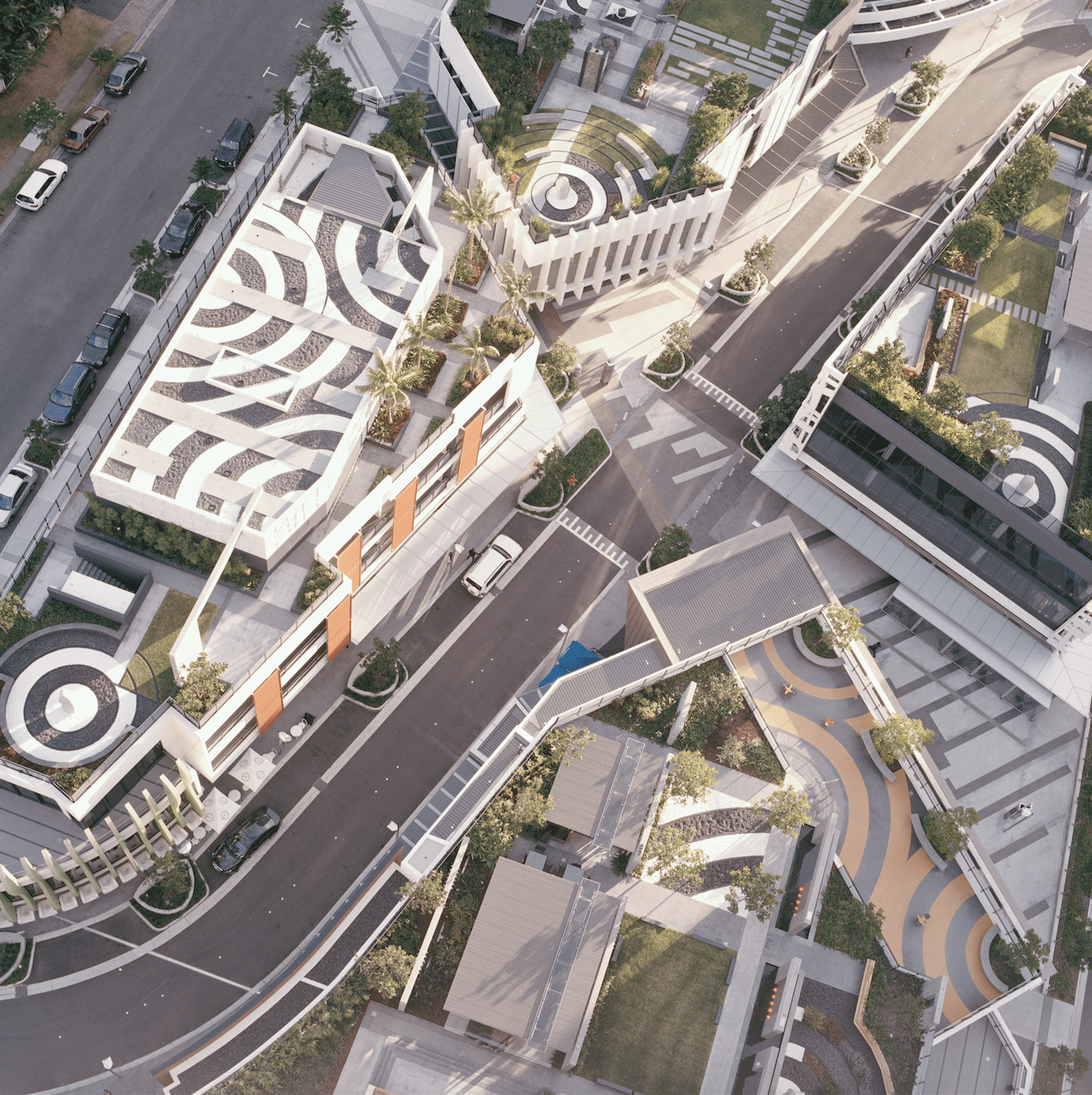 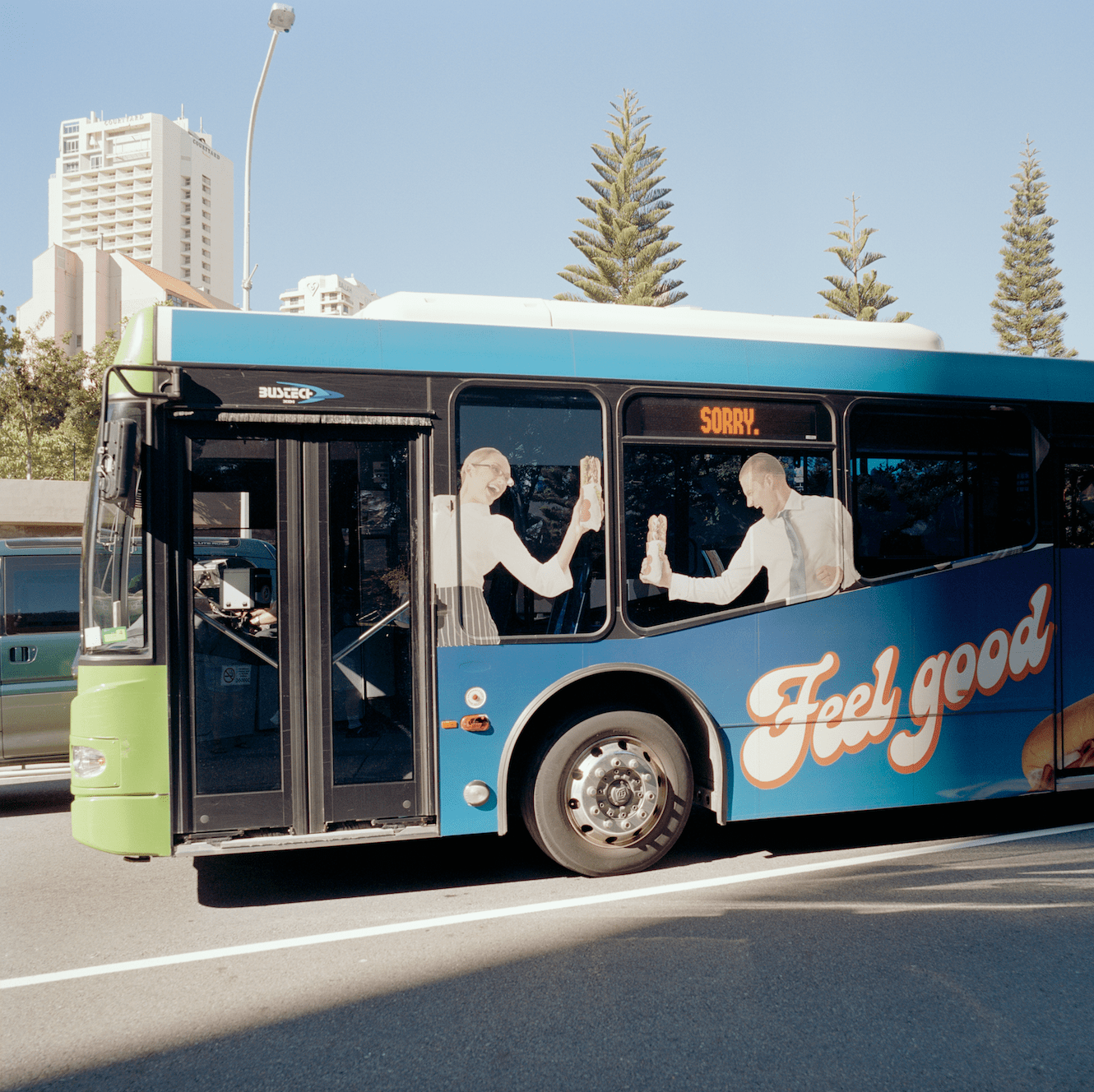 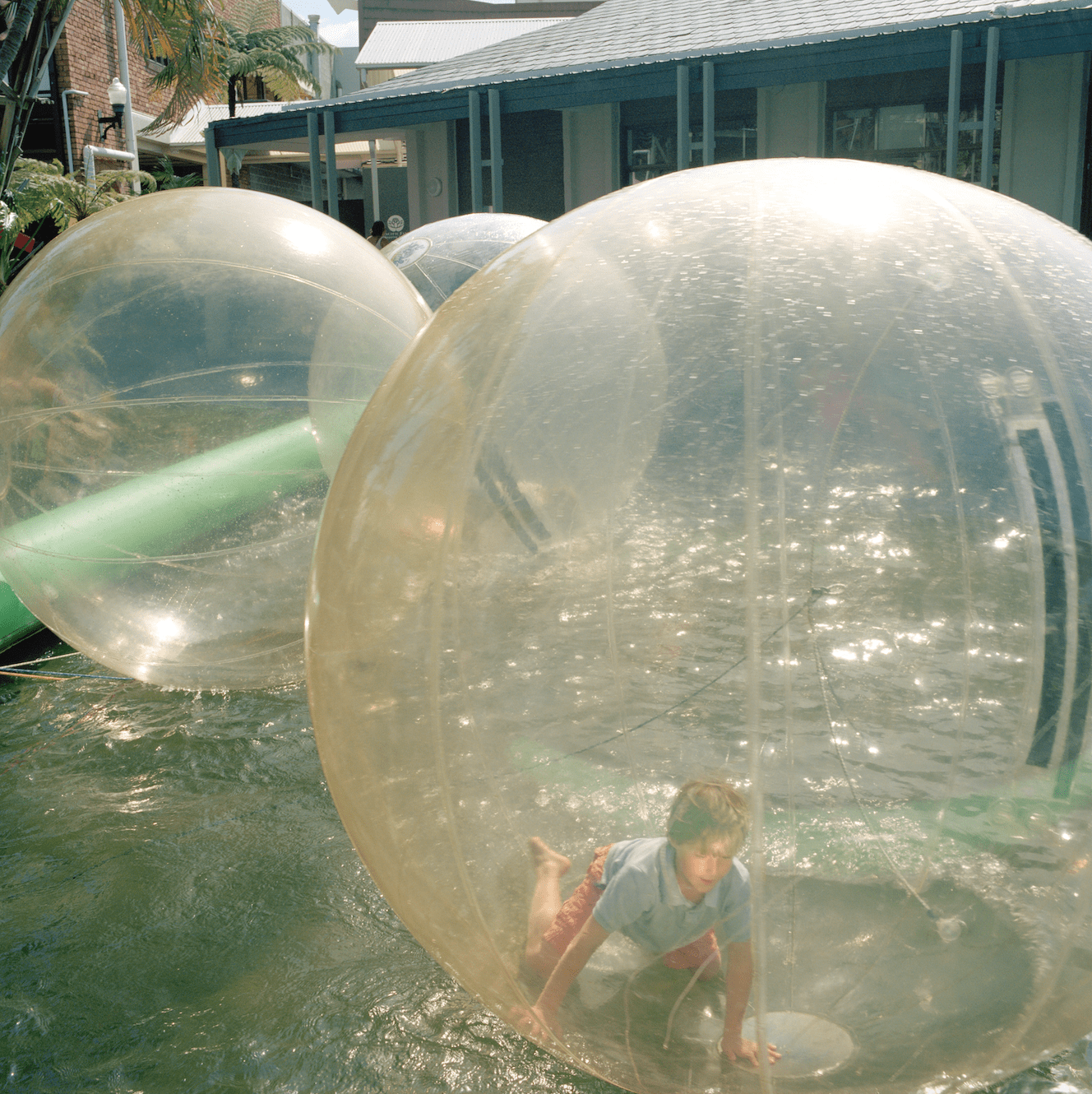 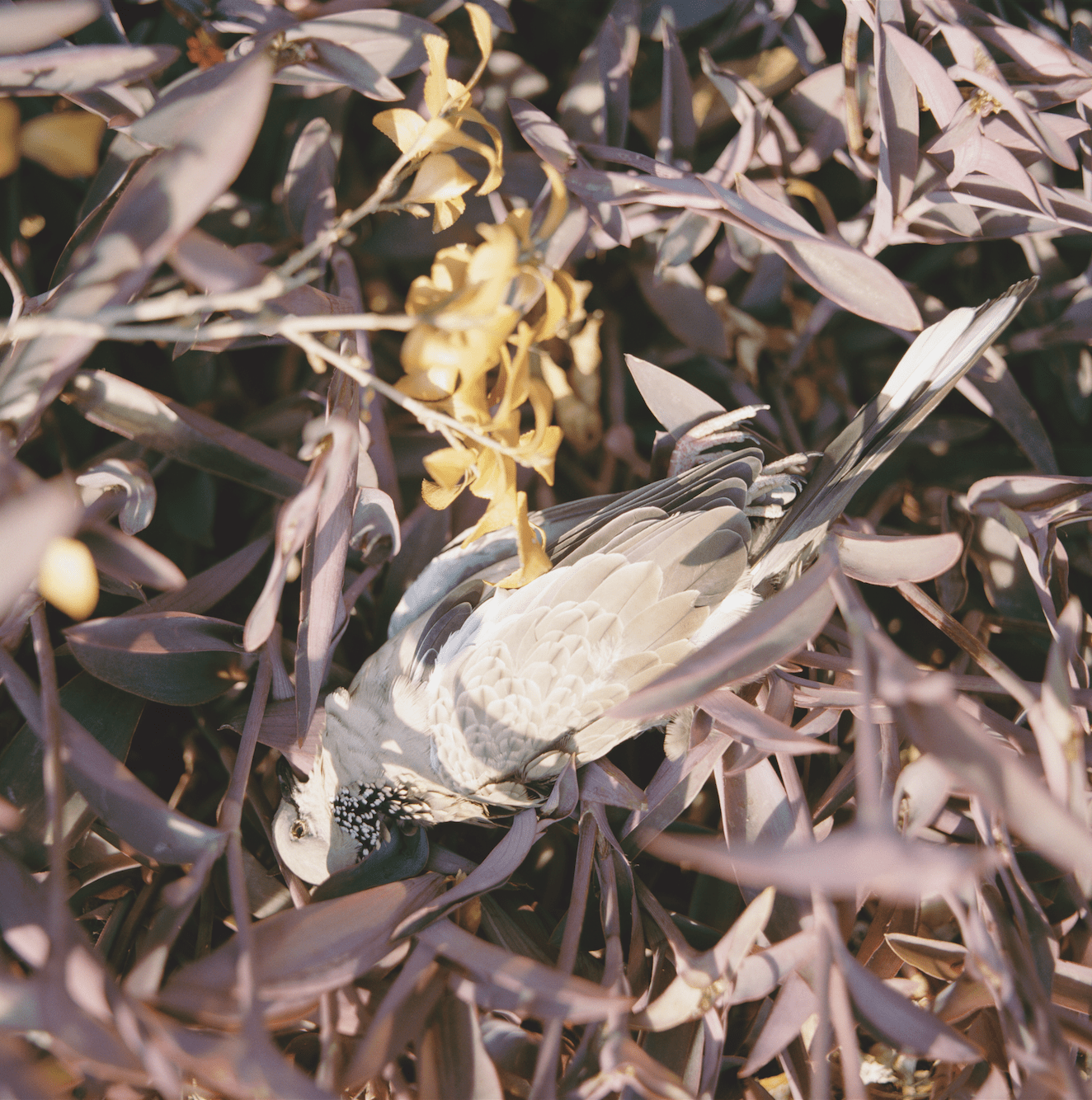 “Simultaneously touted as the crime capital as well as the tourist capital of Australia, the South Coast was a straggly and dangerous strip of coastline that was renamed to Gold Coast by real estate developers in an effort to seduce investors, retirees and holiday-makers. In a huge push to attract potential home owners through the 60’s and 70’s, a vast network of canals was constructed to provide for waterfront homes, complete with an unexpectedly large population of bull sharks that lurk in the shallow depths. This relationship between selling the idea of the perfect home and pervading danger is evident in the local news, that fluctuates between million dollar listings and tales of sleaze and murder. State Government corruption and unethical business practices through the 80’s and property scams in the 90’s cemented the Gold Coast as the perfect place for Australians of ill repute to come and reinvent themselves.

I lived in this city for 17 years and in that time, my friends and I were witnesses to a range of crimes from rape to stabbings in a ubiquitous background of racism, illegal drugs, extortion, boats and mansions. The insidious nature of this city was not in the rocketing crime rate that graces the newspaper on a daily basis, but in the aesthetics of an upwardly mobile and predominantly Anglo-Saxon community in combination with sunshine and kilometers of sandy beach, leading to a blanket denial of its residents to confront the reality of the environment they live in.

In the same way that we have icons of danger (broken windows, public housing), we also have icons of safety (swimming pools, perfect lawns). The Gold Coast exemplifies how powerful these icons can be in insulating our opinions from our knowledge of what we know to be true. It manifests a mentality that confirms one’s security based on superficial checkpoints that have been identified by contemporary consumerist values. Everything will be ok so long as it looks ok, no matter the proof of things rotting from the inside.

This series of images was made on the premise that environments of safety and danger cannot be delineated by weather and architecture. “A sunny place for shady people”, the Gold Coast became known as a perfect strip of golden beach where execution style shootings at the local mall were whispered behind pastel colored walls and porcelain veneers. This is a tale about a place that laid the flawed foundation of its character upon a mirage of tranquility. It is about the price of sun drenched afternoons hashtagged “grateful”. It is about our perceptions of safety and danger within the architecture of our built environment. It is about real estate and the beautiful lie bought and sold here every day.”

Based between Melbourne, Singapore and New York, Ying Ang has exhibited internationally in group and solo shows from New York to Arles, in addition to working for clients such as the Wall Street Journal, The Fader in New York, Das Magazin in Zurich, Yo Dona in Madrid and Afisha Mir in Moscow on editorial features. She graduated as valedictorian for the 2009-2010 class of Documentary Photography and Photojournalism at The International Centre of Photography, with a full portfolio acquired for the permanent collection of the Sagamihara City Museum in Japan and was a participant in the Reflexions Masterclass of 2011-2013.

Ying has lived and worked extensively in Asia, Australia and North America, having pursued post-graduate studies in Political Science with a background in Biotechnology and Communications. She most recently published her artist book, Gold Coast, which has since won the New York Photo Festival and Encontros Da Imagem book prize for 2014, was a finalist for Australian Photobook of the Year, the CREATE Award, the Guernsey Photography Festival Prize for 2015 and acquired for the Rare Books Collection at the Victorian State Library. Gold Coast was also listed by Flak Photo, Lensculture, Voices of Photography, Mark Power / Magnum Photos, Asia Pacific Photobook Archive and Self Publish Be Happy in their top photobooks of 2014 and recently honoured with a nomination for the prestigious Prix Pictet award for 2015.

A member of the MJR creative collective, alongside Adrienne Grunwald, Ling Ang, Mustafah Abdulaziz, Matthew Craig, Gareth Phillips, Brandon Thibodeaux and Noah Rabinowitz, Ying also devotes her time to working on curatorial projects with photo festivals (most recently Obscura Photo Festival 2016), speaking engagements (most recently keynote speaker at Photobook New Zealand 2016), producing publications and managing a variety of projects within the wider creative community. Ying is currently a part of the teaching faculty at The International Centre of Photography in New York and the Photography Studies College in Melbourne, Australia.