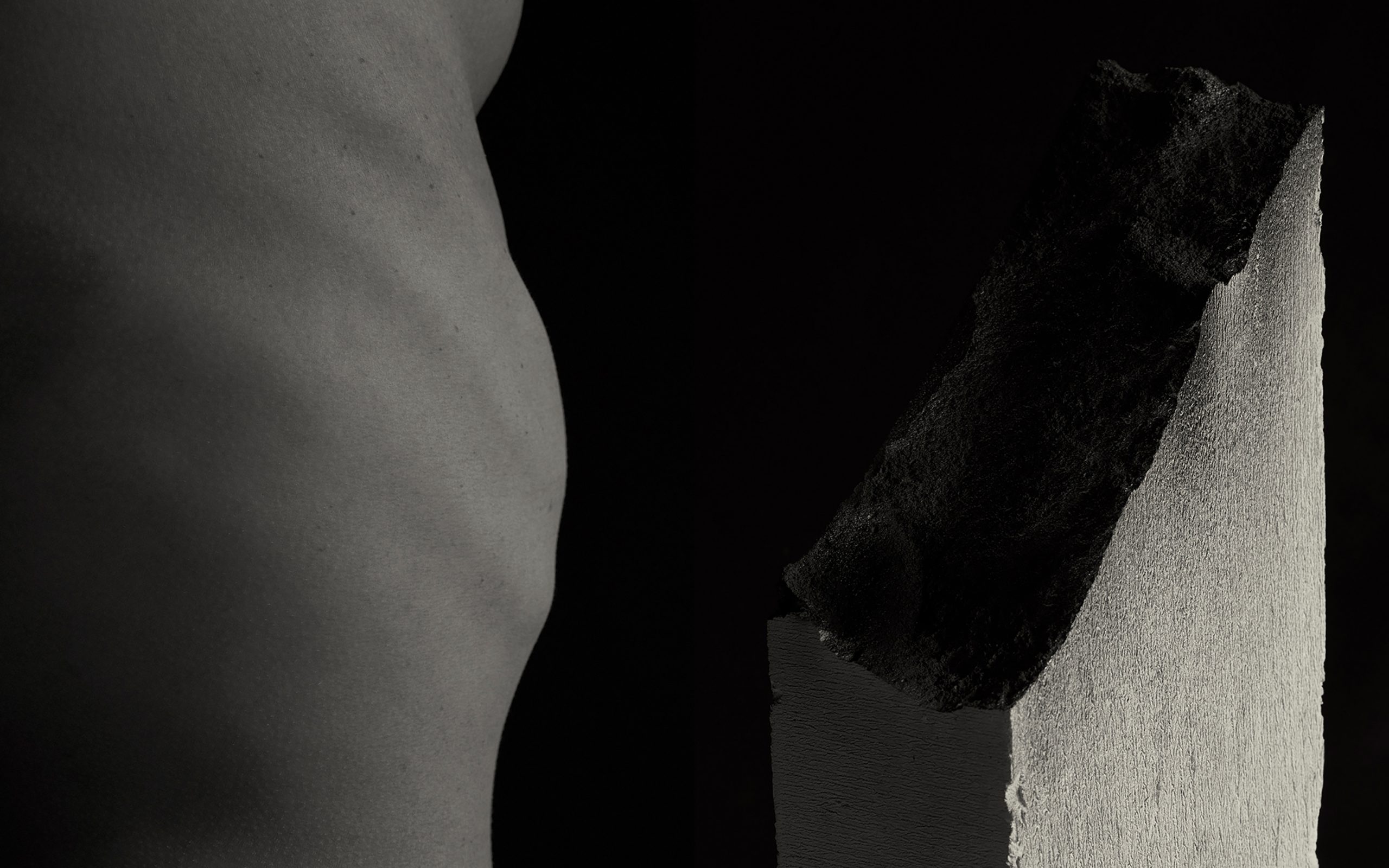 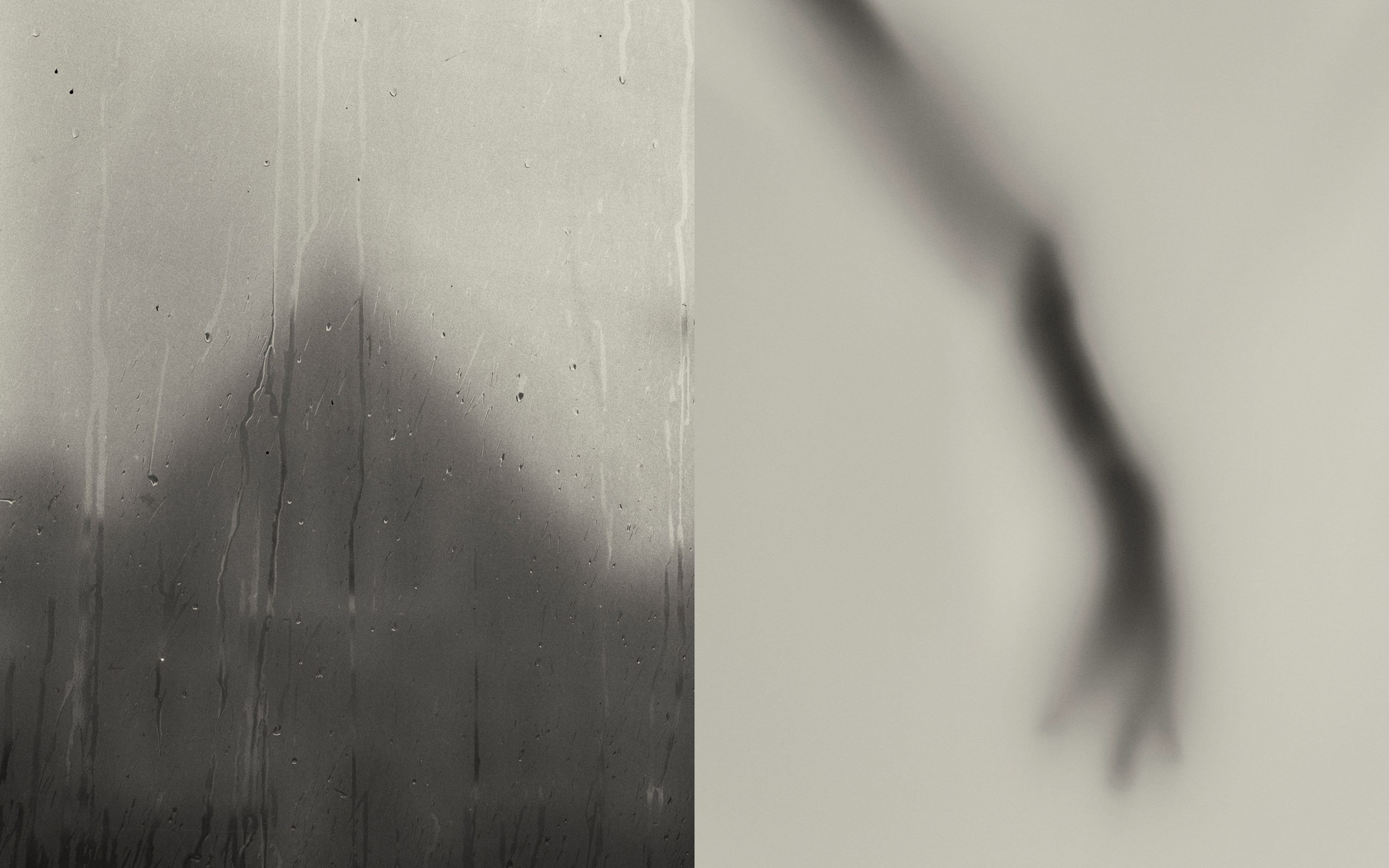 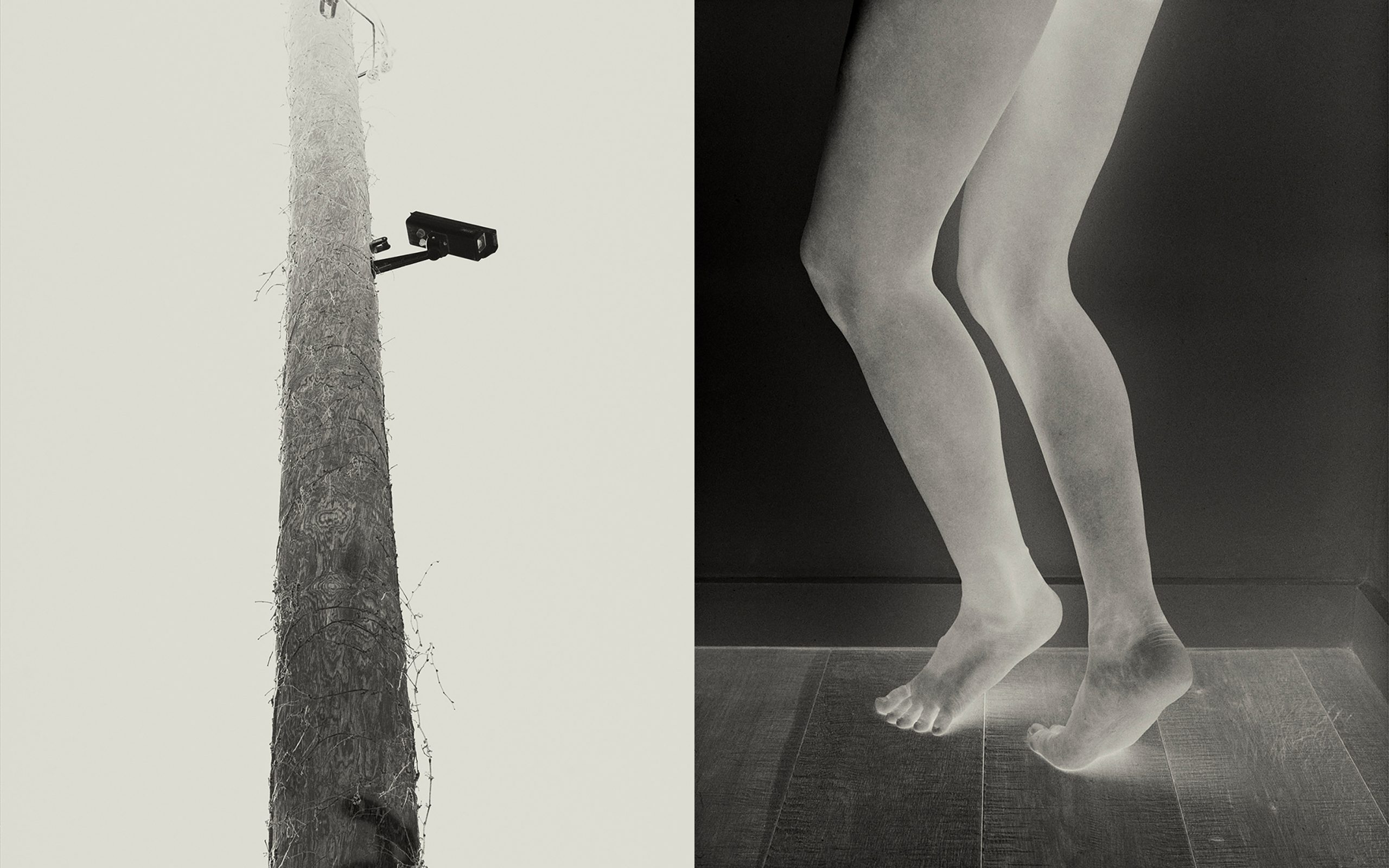 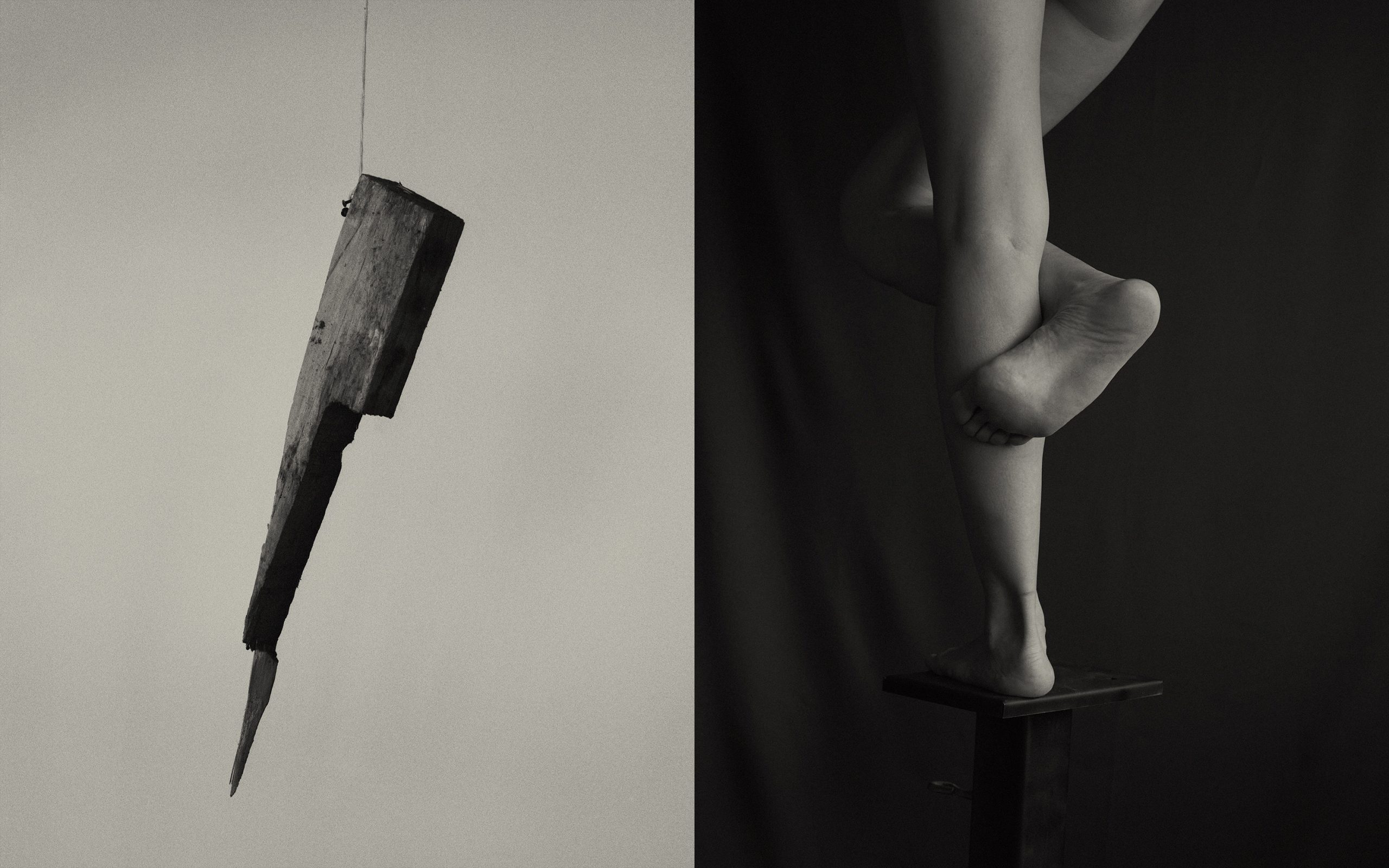 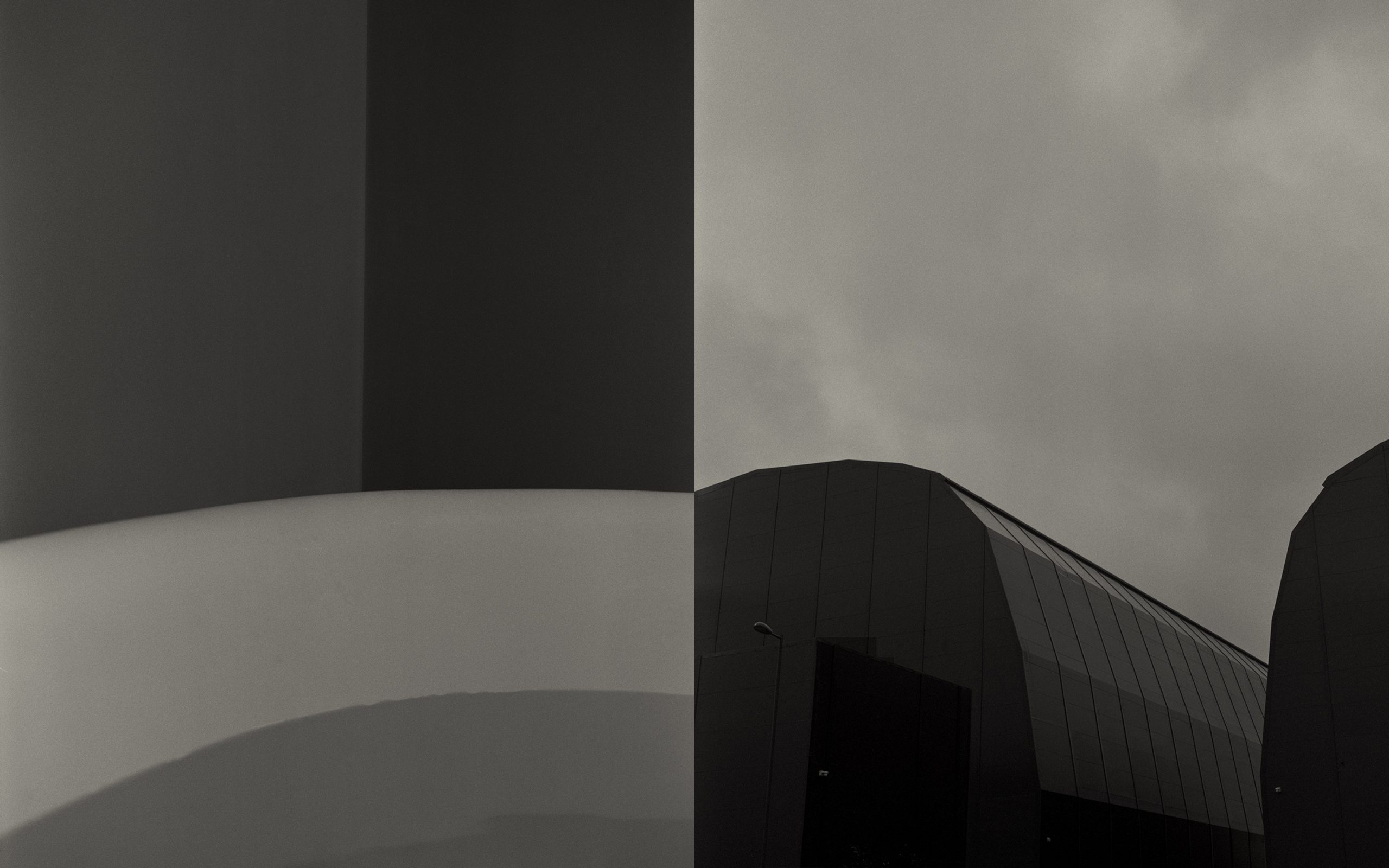 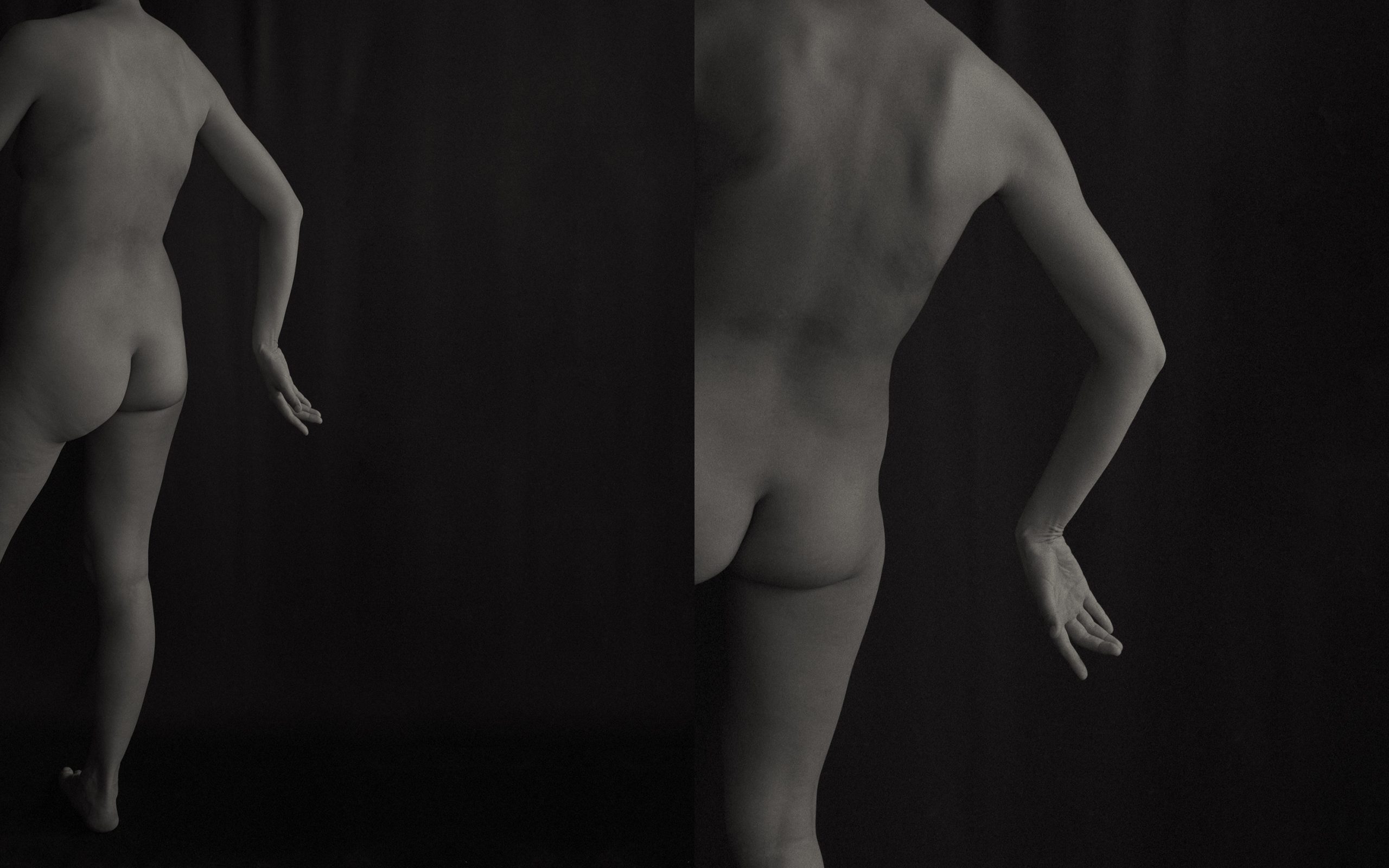 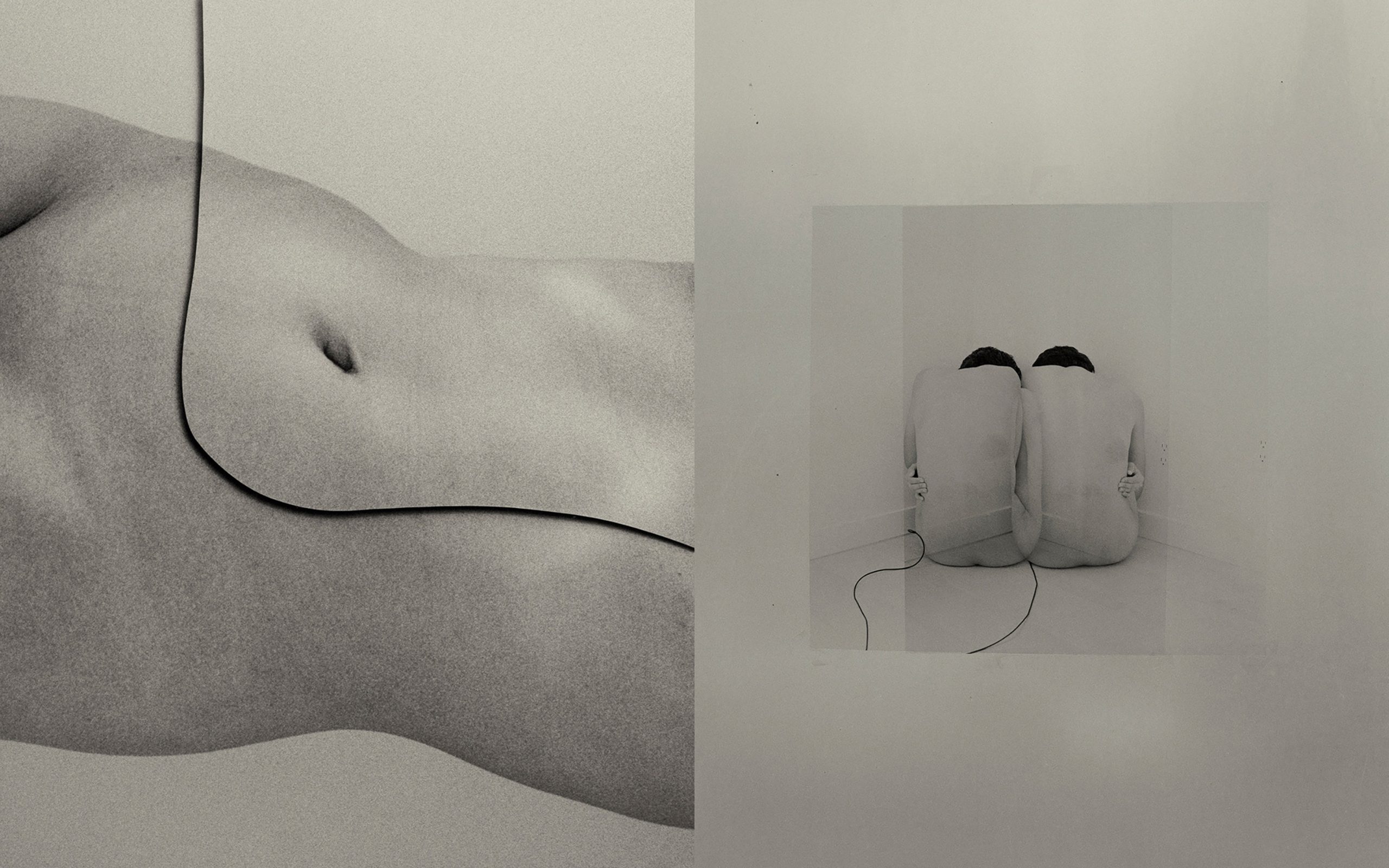 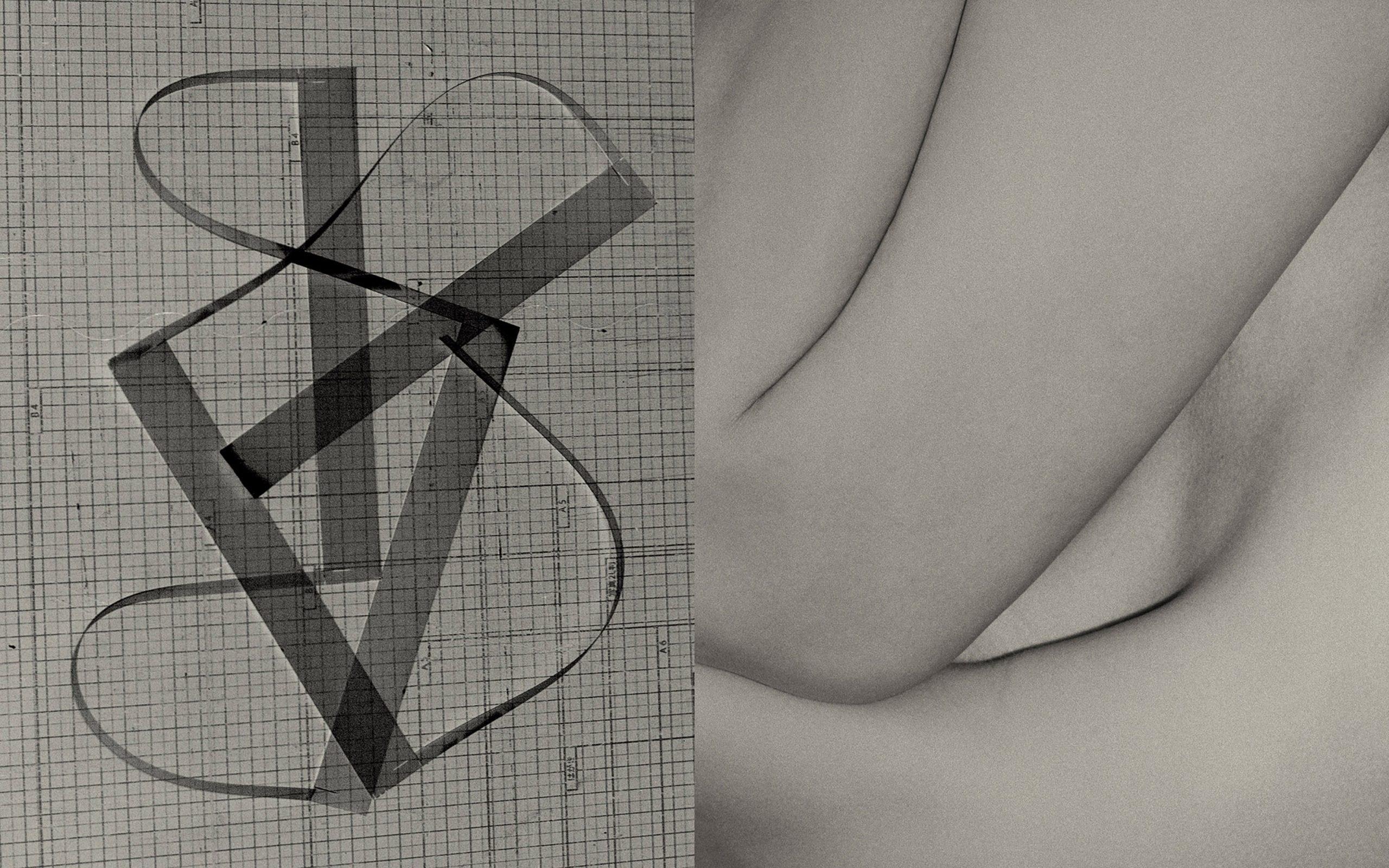 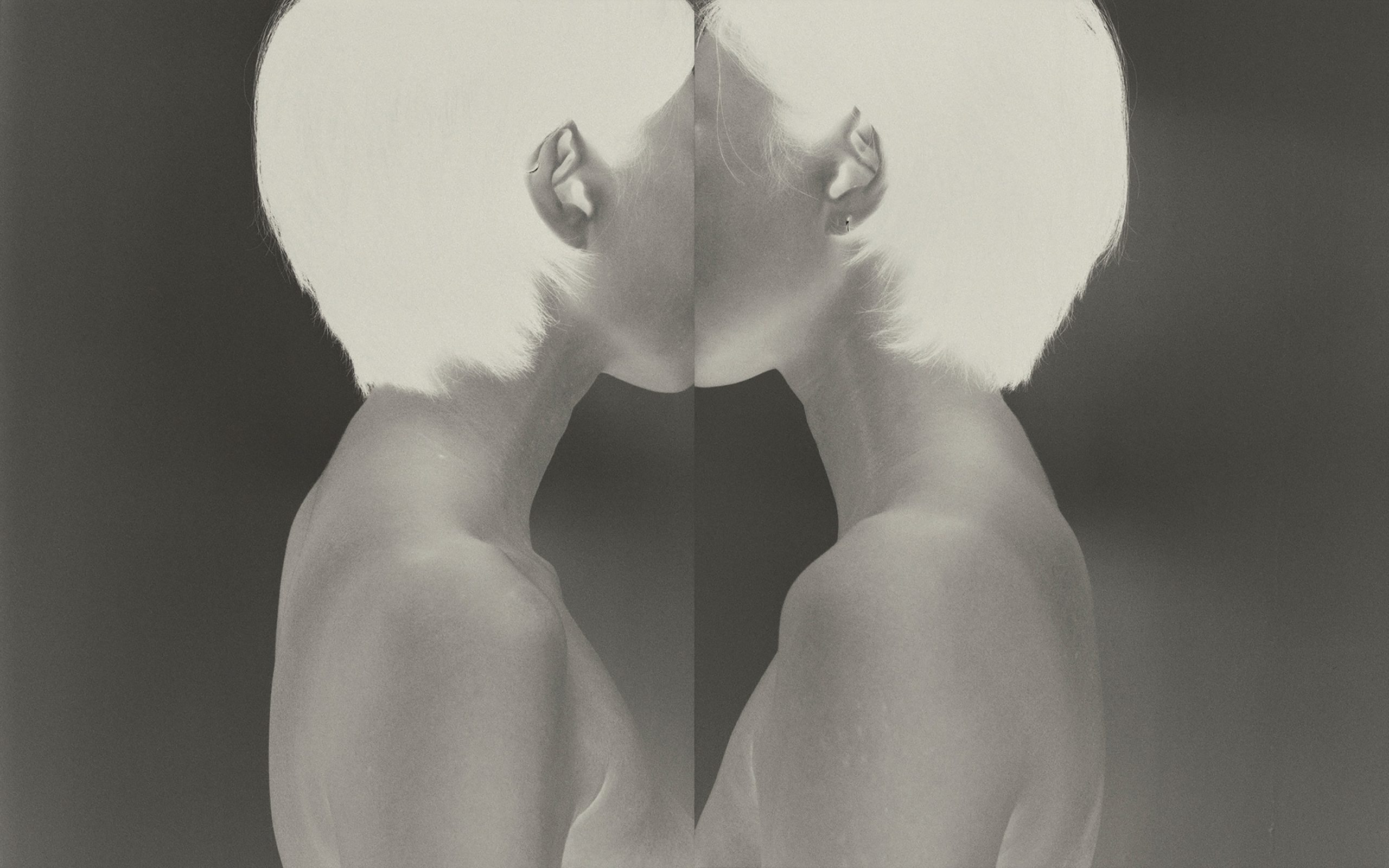 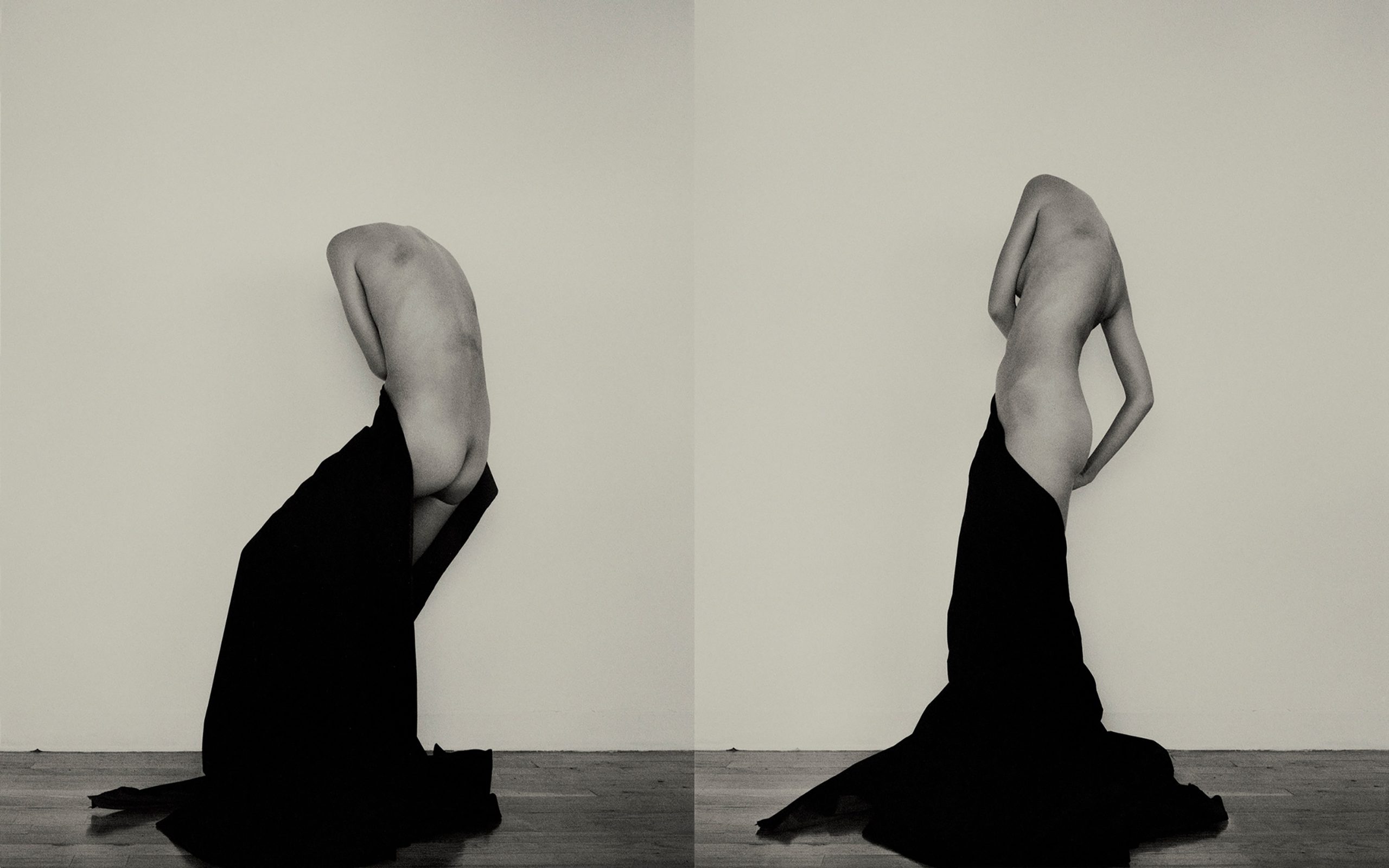 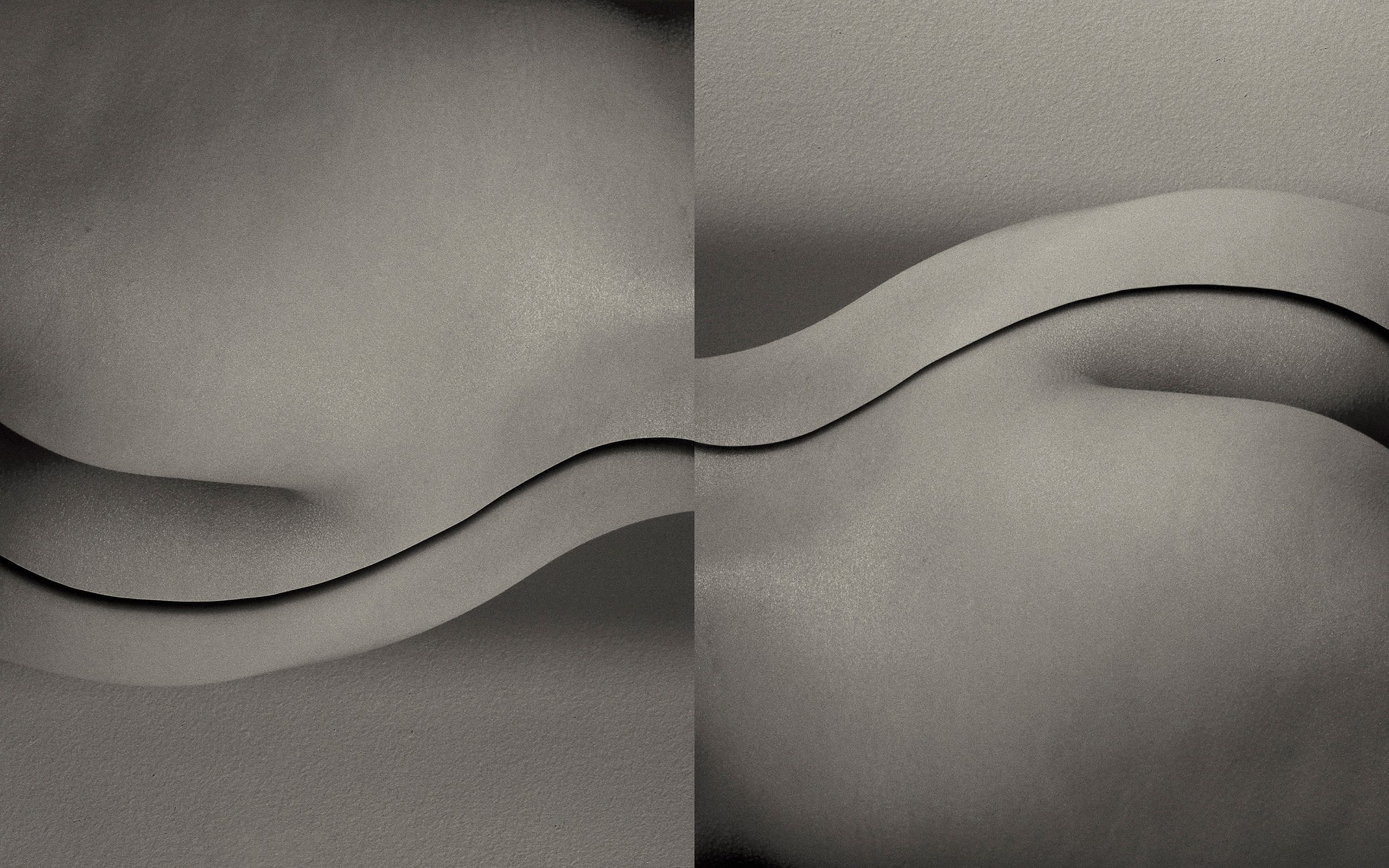 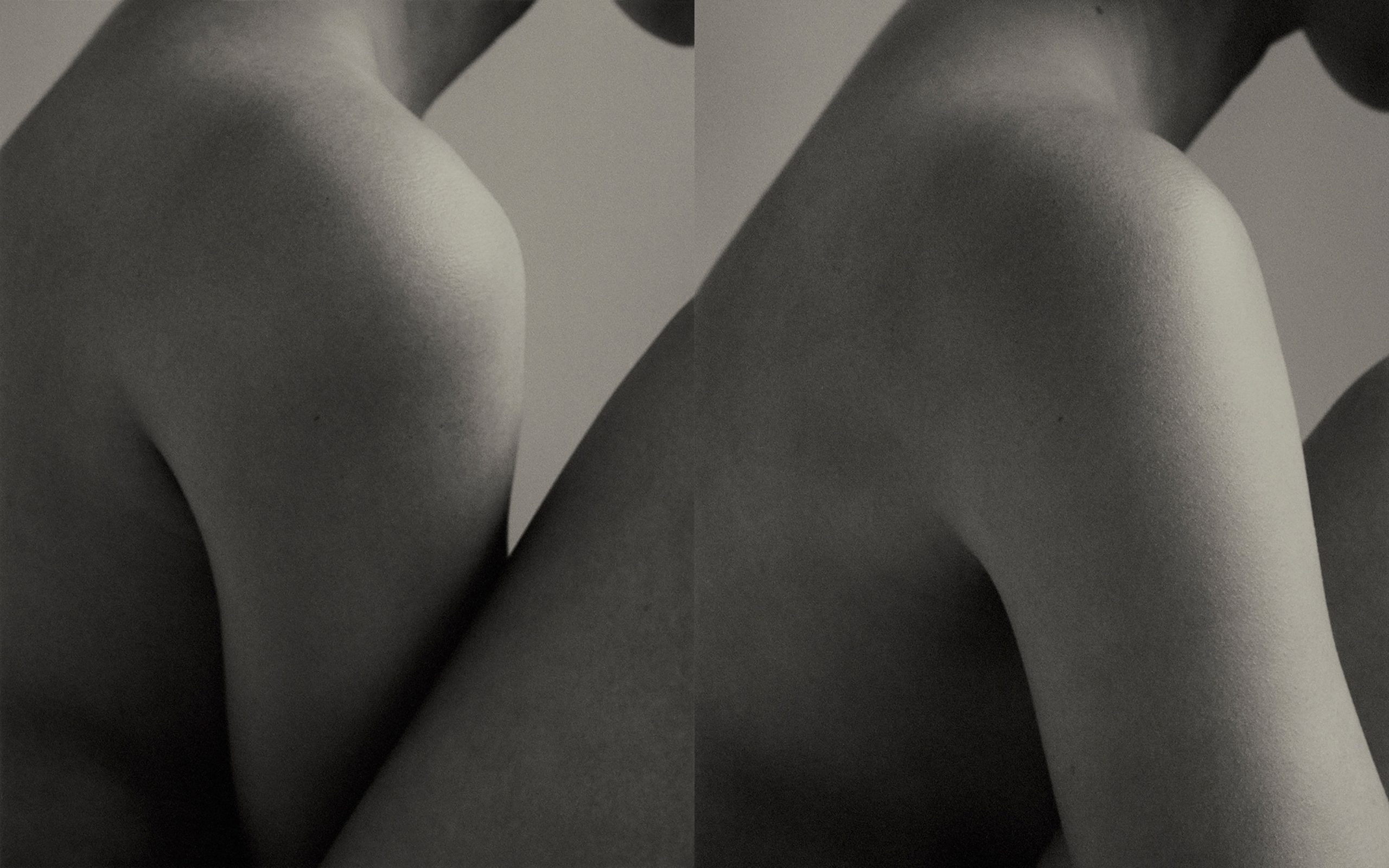 In Absentee, Ichida focuses on the temporality of our existence. Centred around the female body, juxtaposed with everyday objects we normally overlook, the boundary between the figure and man−made objects disappears and blends to evoke an ever−changing state of being. This body of work is an evocative depiction of a sense of detachment, an absence, from self and reality.

After she lost her mother in her late teens, Ichida shielded herself from thoughts about death. However, 15 years later, the psychological impact of the global pandemic triggered a period of grief and mourning. Creating this series enabled Ichida to overcome emotional difficulties such as uncertainty and anxiety caused by the reminder of death. Objects gradually reveal their presence, alluding to varying emotional states. The visual dichotomy between the curves of the body and the harsh artificial lines found in man−made objects reflect ways in which her emotional state fluctuates between calmness and anxiety.

We have a tendency to neglect our own mortality. Our attempts to evade death thoughts are inevitably challenged, and we are forced to acknowledge our own fragility. A visceral recognition surfaces at times, reminding us of the transience of life.

Sayuri Ichida is a London based Japanese artist working in photography. Ichida’s practice focuses on themes of self-identity, reflecting her own memory and life experience. In her photographs, she explores the complexities of emotional state by portraying the human form. She also examines ideas of loss and mortality by utilizing archival materials.

After graduating from Tokyo Visual Arts College in 2006, she started her career in the commercial photography industry in Tokyo and New York. She shifted her focus to art photography in 2015. She holds an MA in Photography Arts from the University of Westminster. She won the Japan Photo Award in 2016 for her Deja Vu series – a house series inspired by the memory of her childhood dollhouse. Her series Mayu – named after a Japanese ballet dancer – was selected for several group shows presented at Unseen Photo Festival (Amsterdam, 2018), Photo Saint Germain (Paris, 2018), IMA Gallery (Tokyo, 2018), and Asama International Photo Festival (Nagano, 2019). Her work featuring Gabrielle Chanel’s Paris apartment was on exhibit at IMA Gallery as part of CHANEL’s MADEMOISELLE PRIVÉ show in Tokyo, and she was selected to participate in the group show, TODAY is – Next generations of DAIDO MORIYAMA in 2019. Her solo show Fumiko will be held at PhMuseum Lab in January 2022. She released her first self-published artist book Absentee in 2021, and her second artist book Fumiko will be published in 2022.