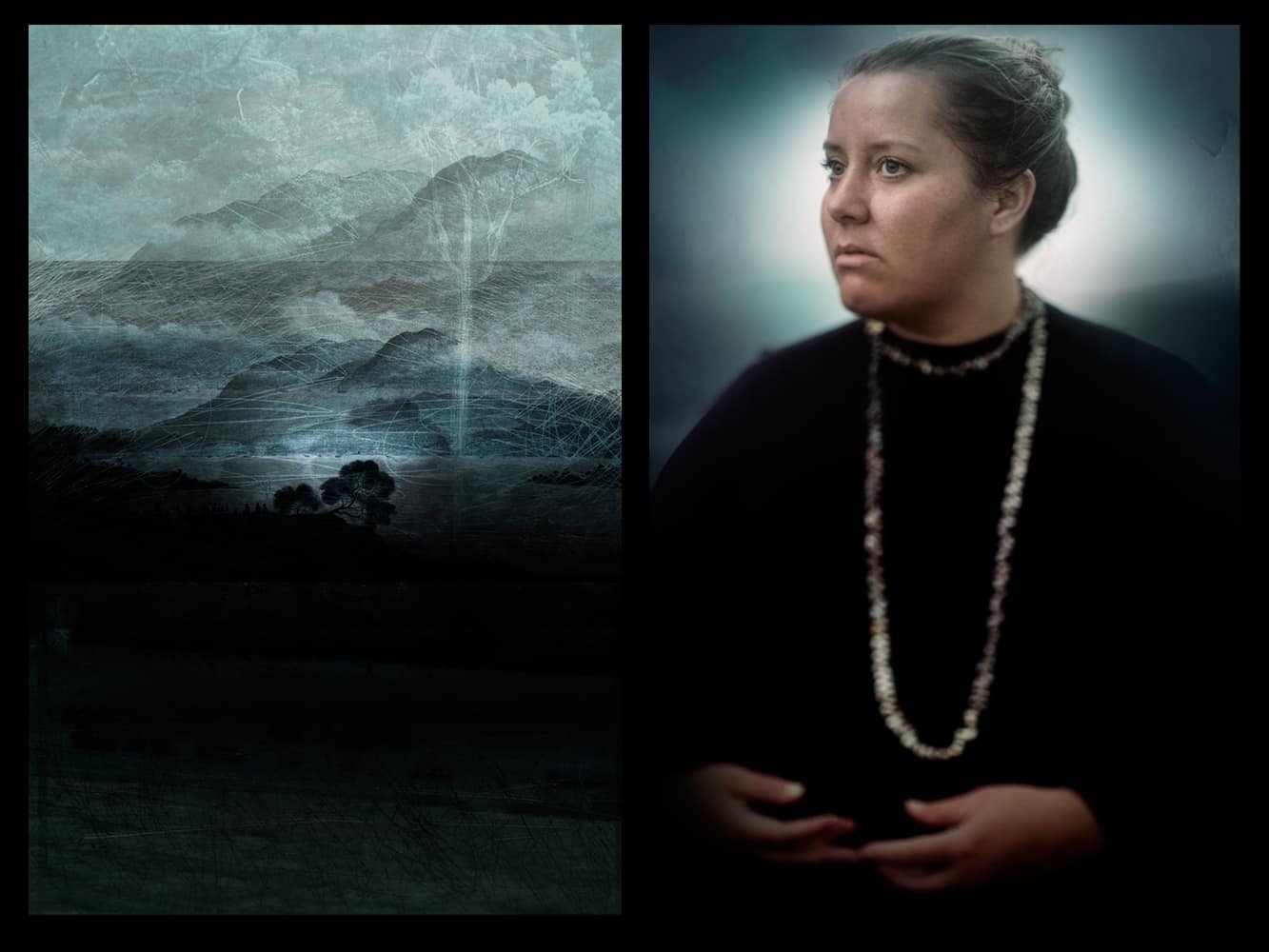 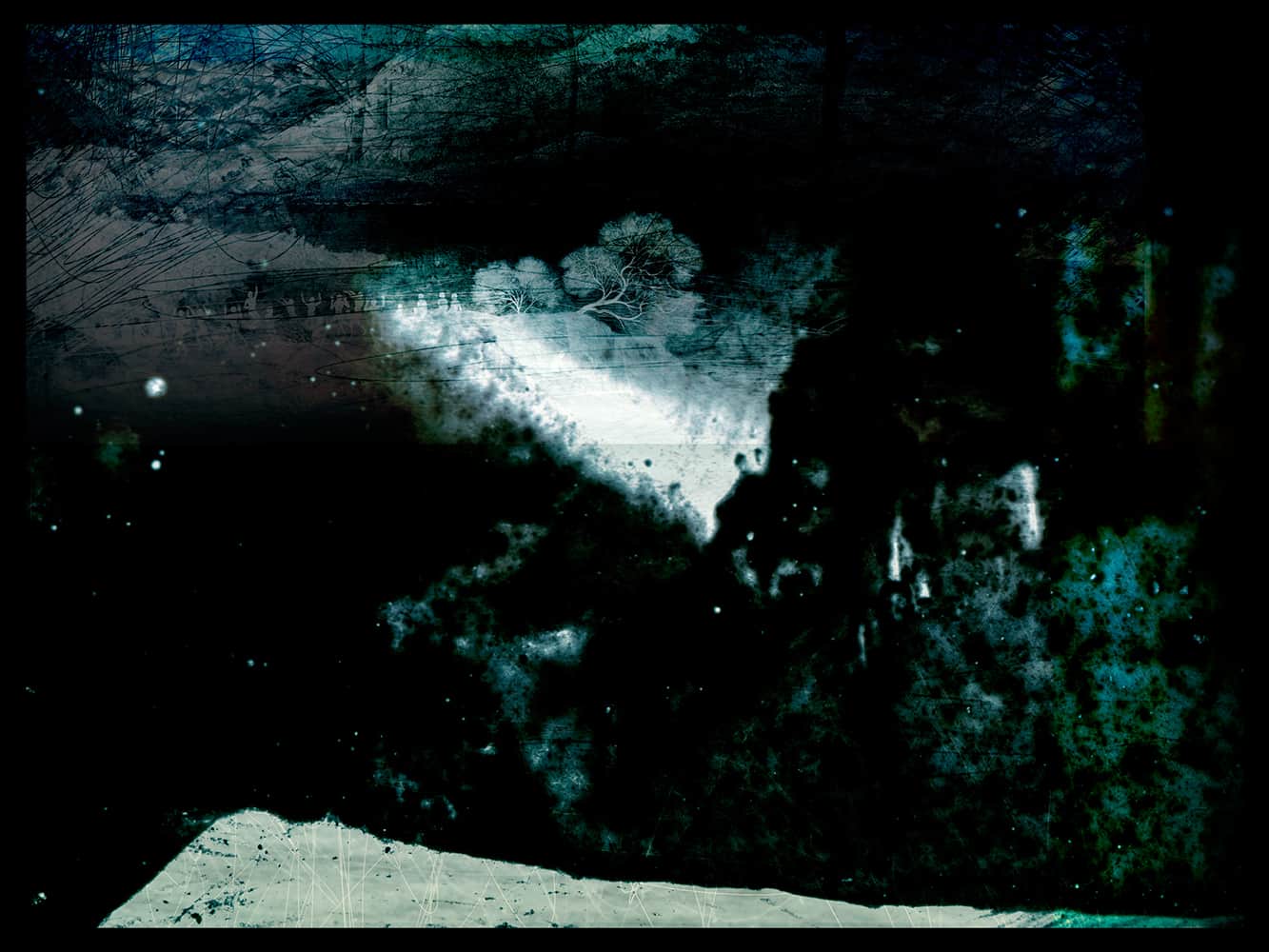 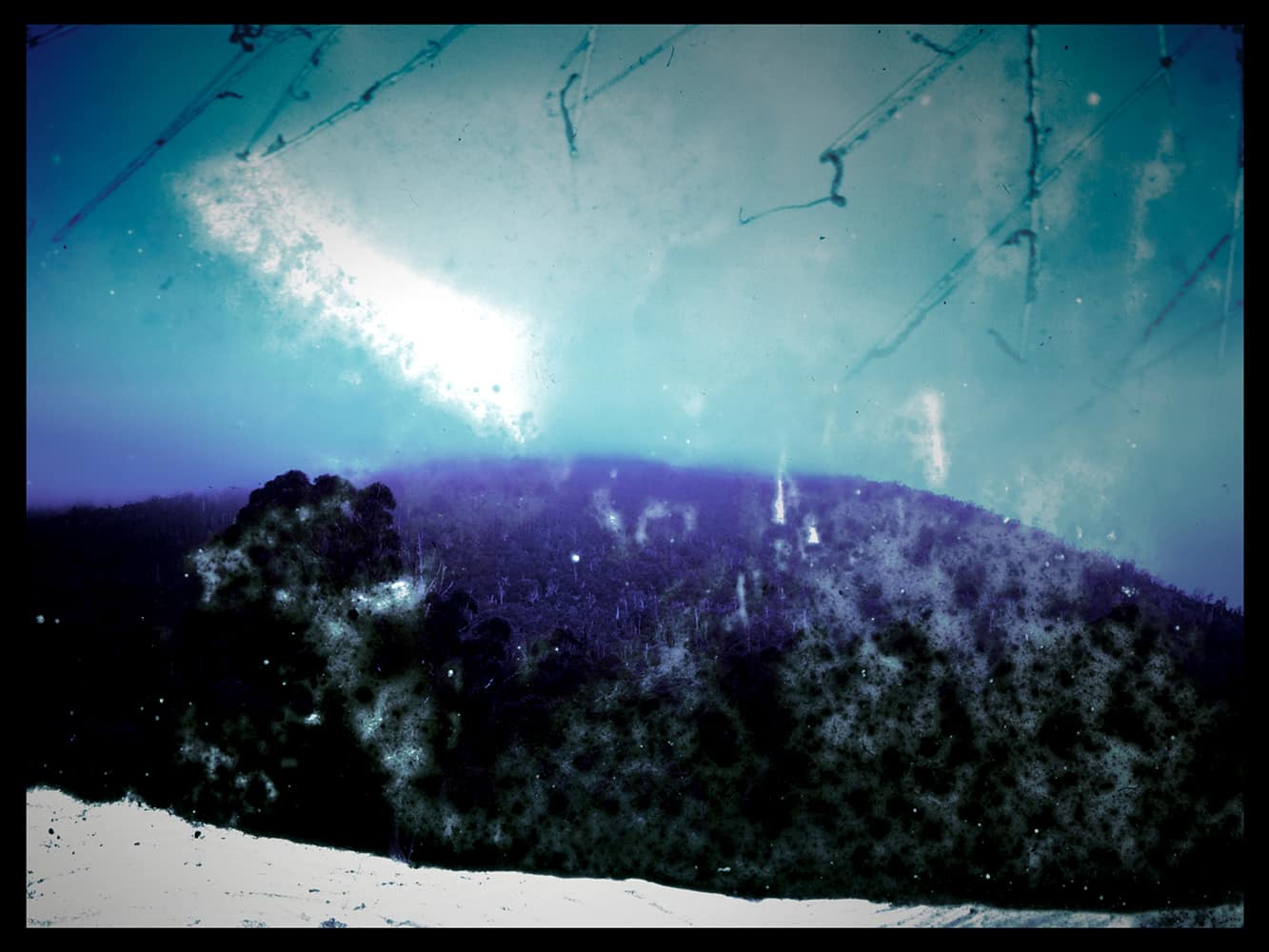 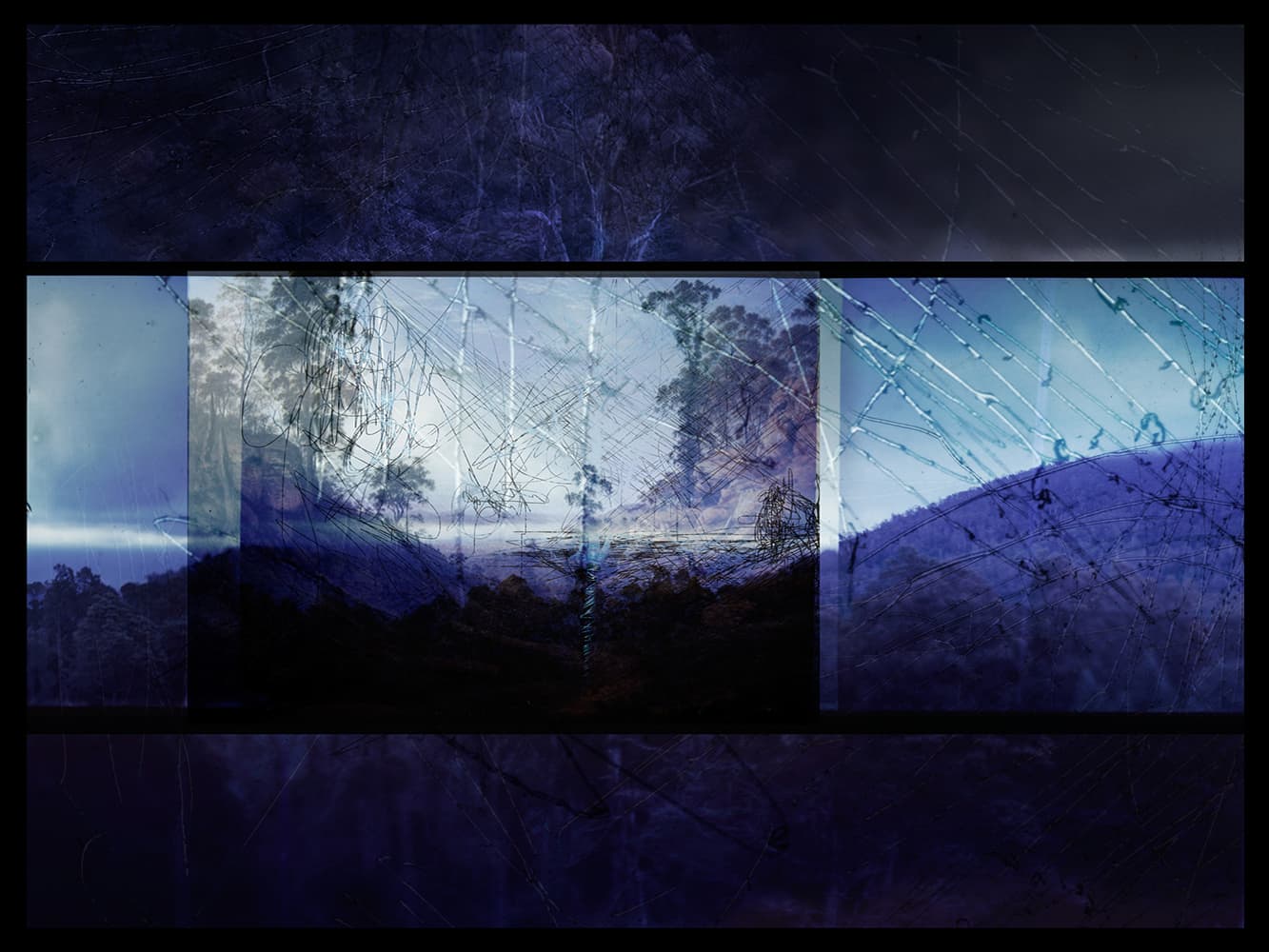 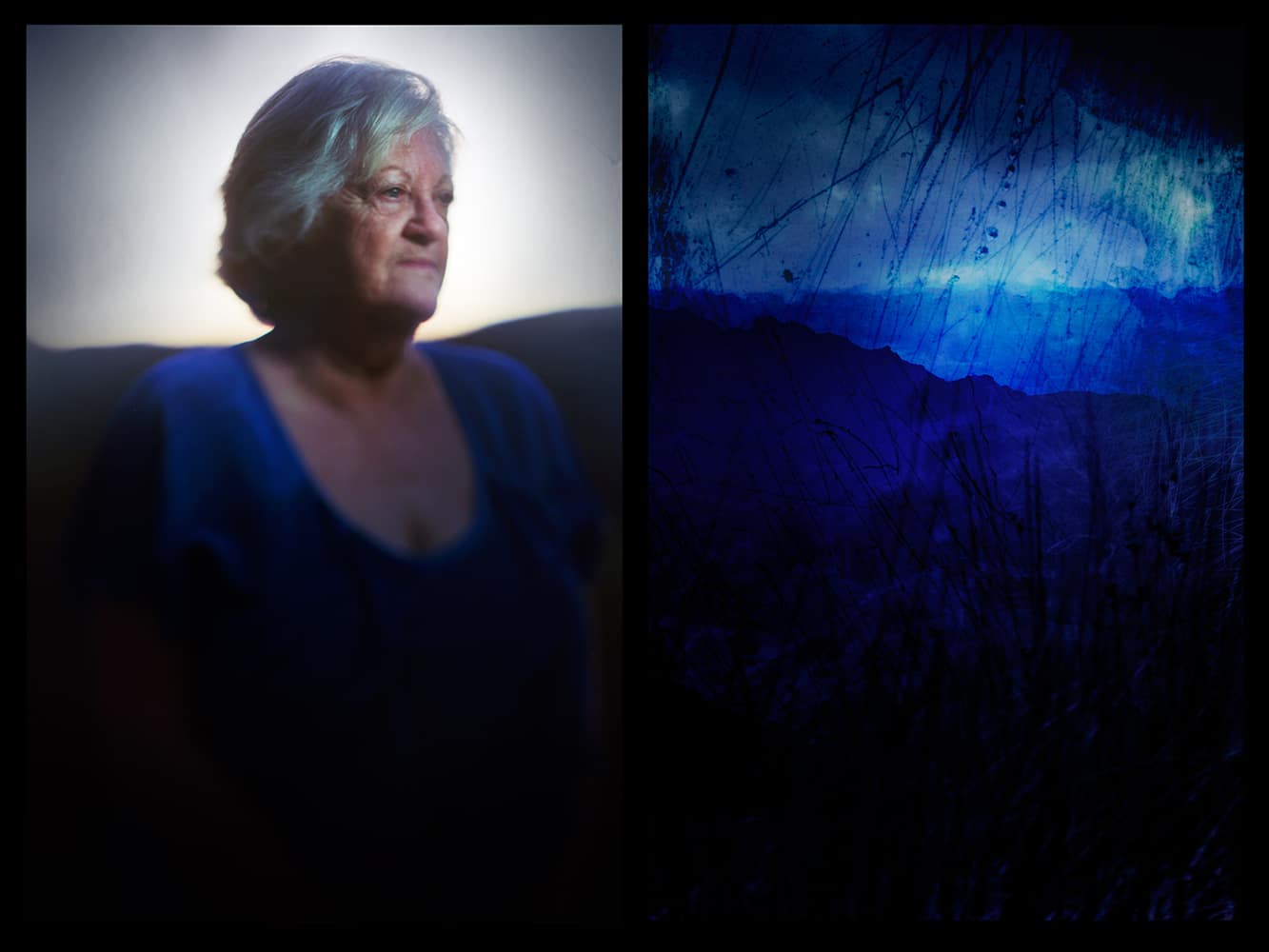 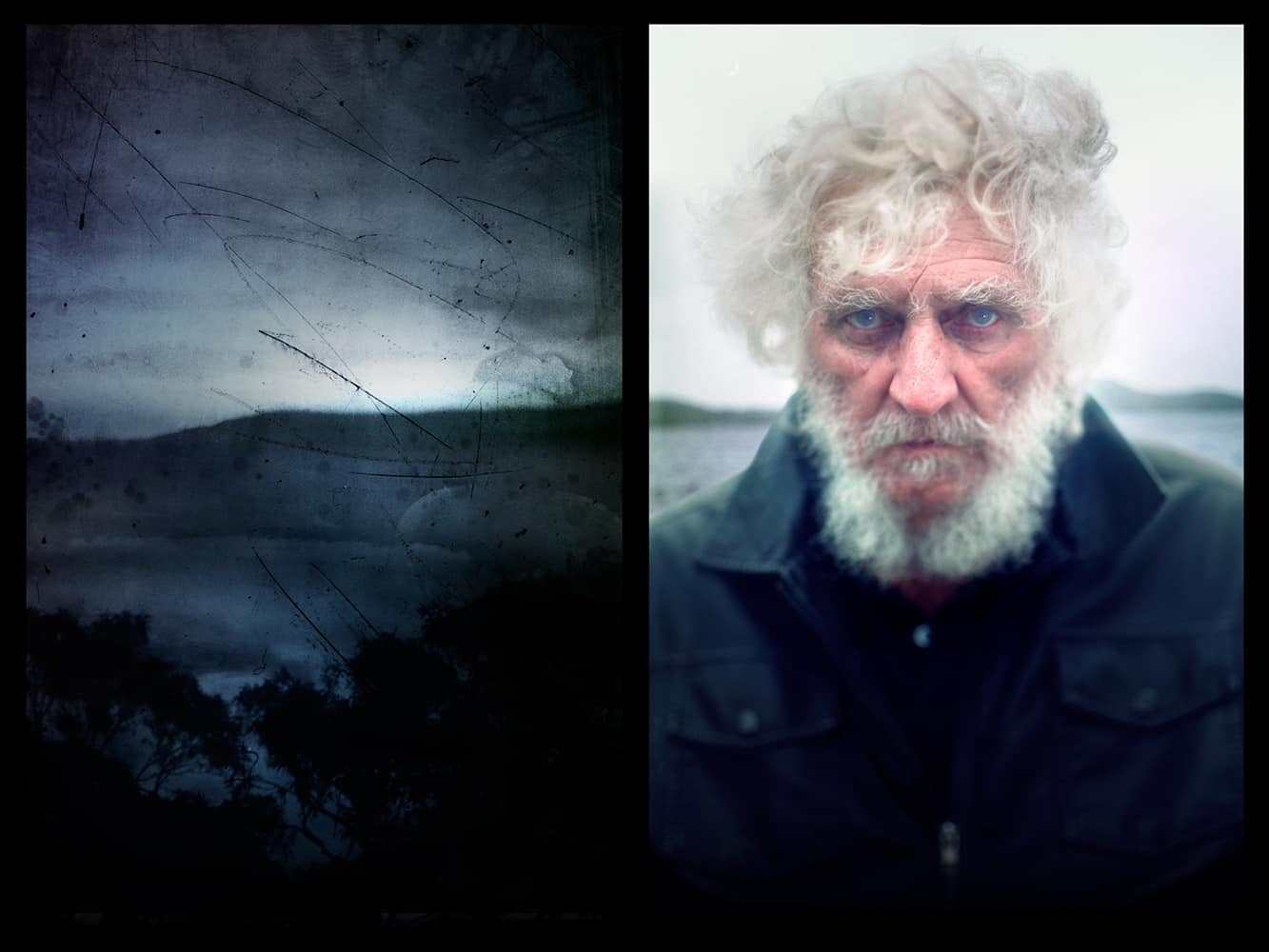 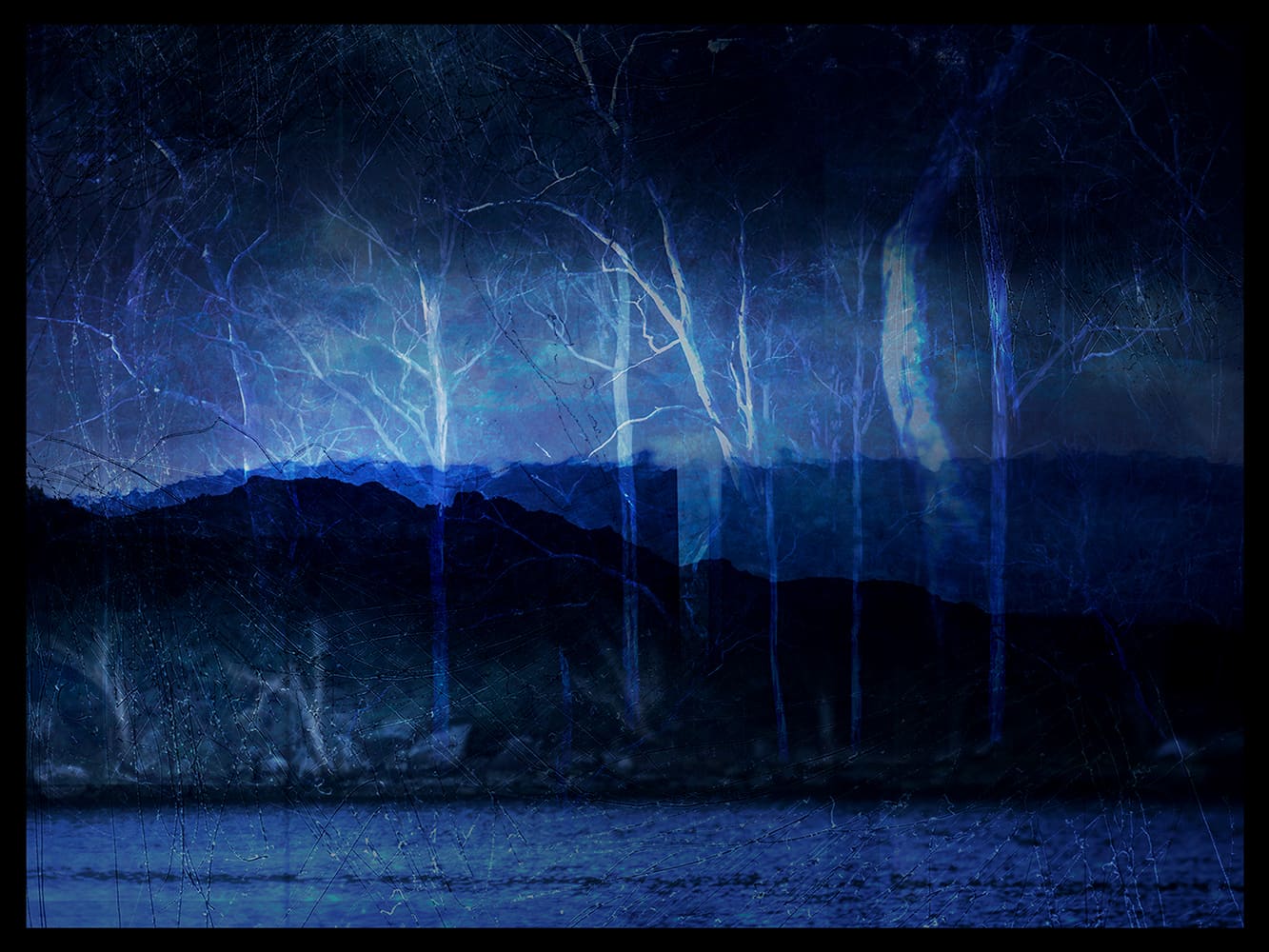 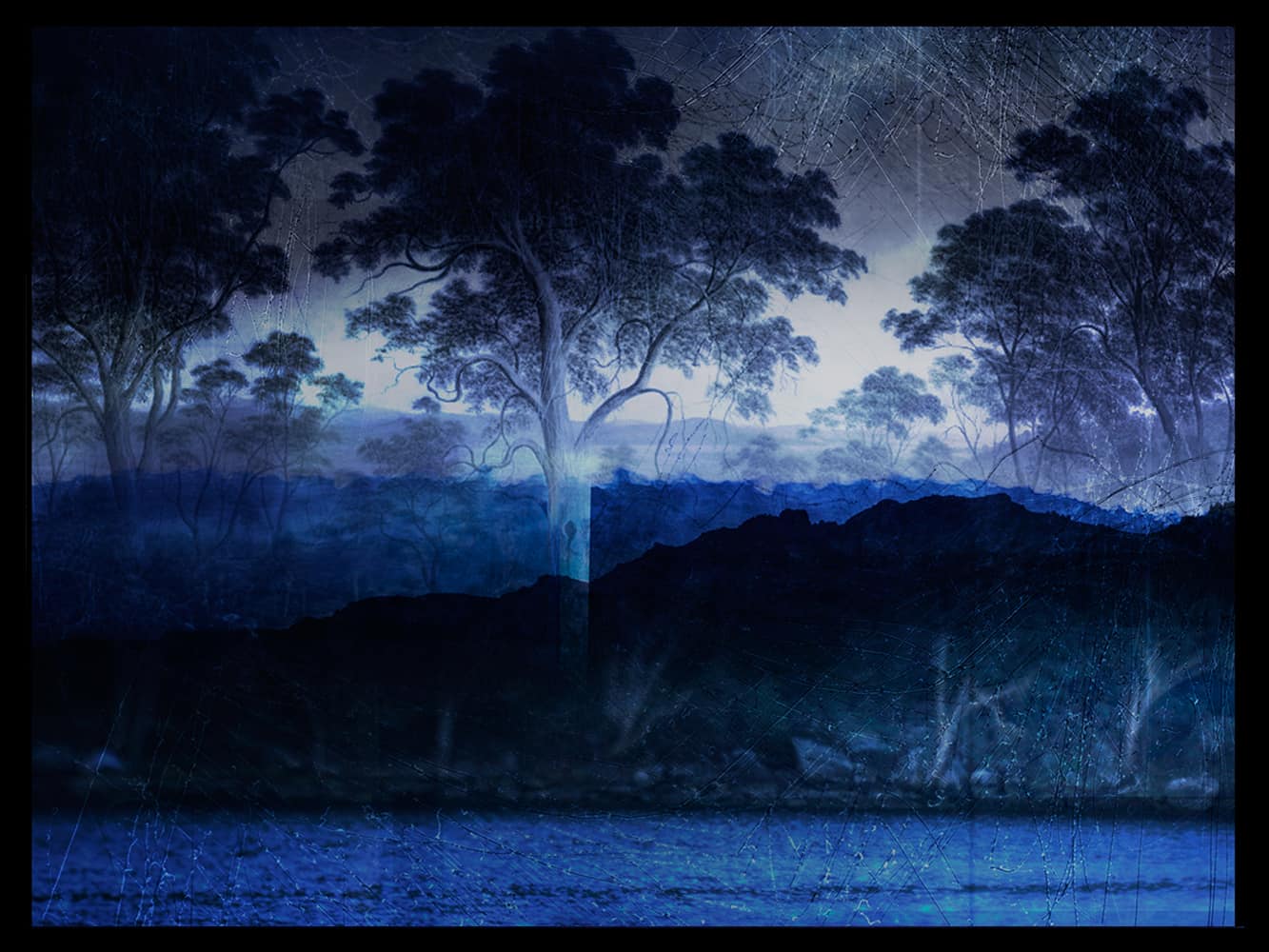 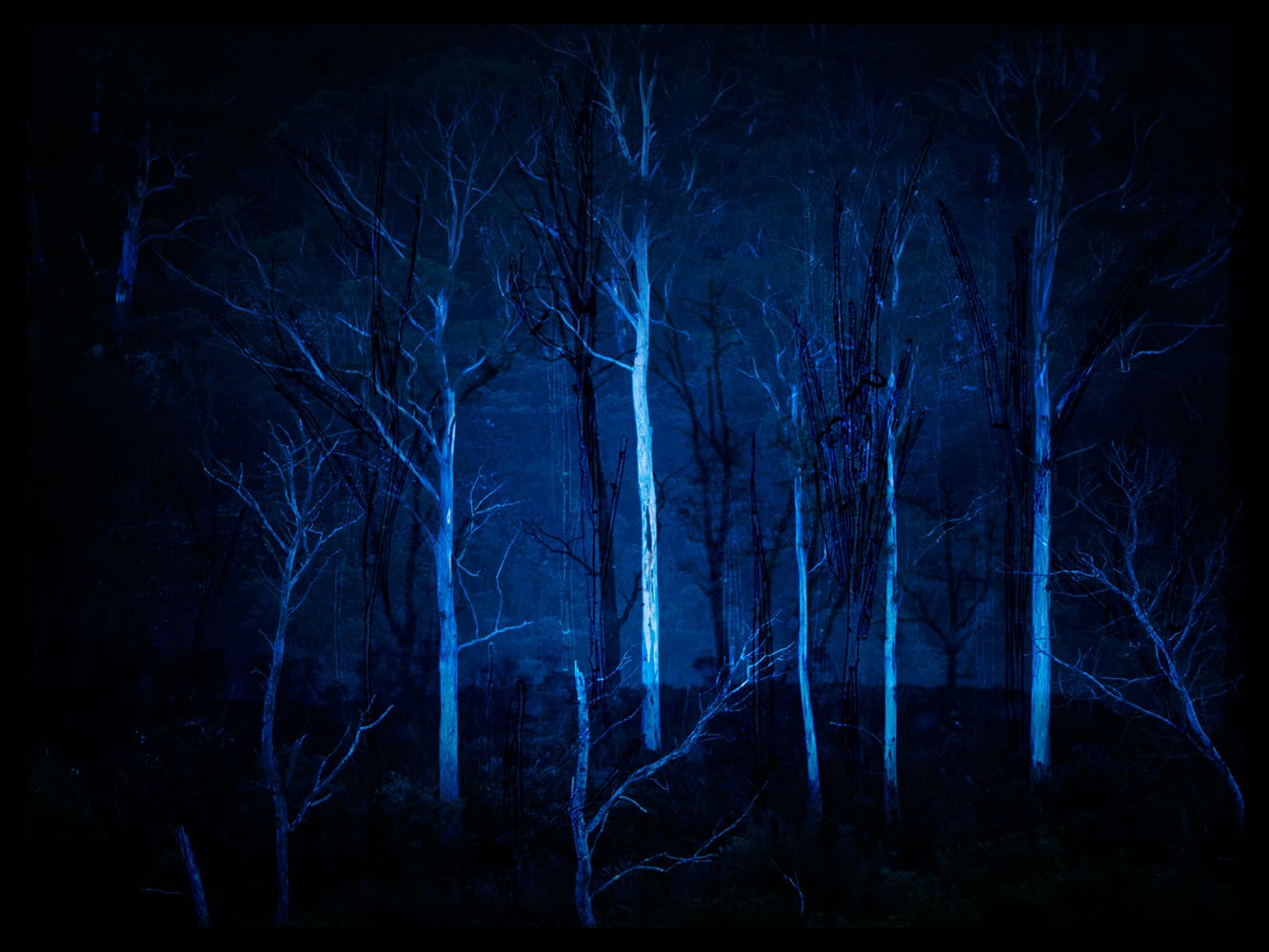 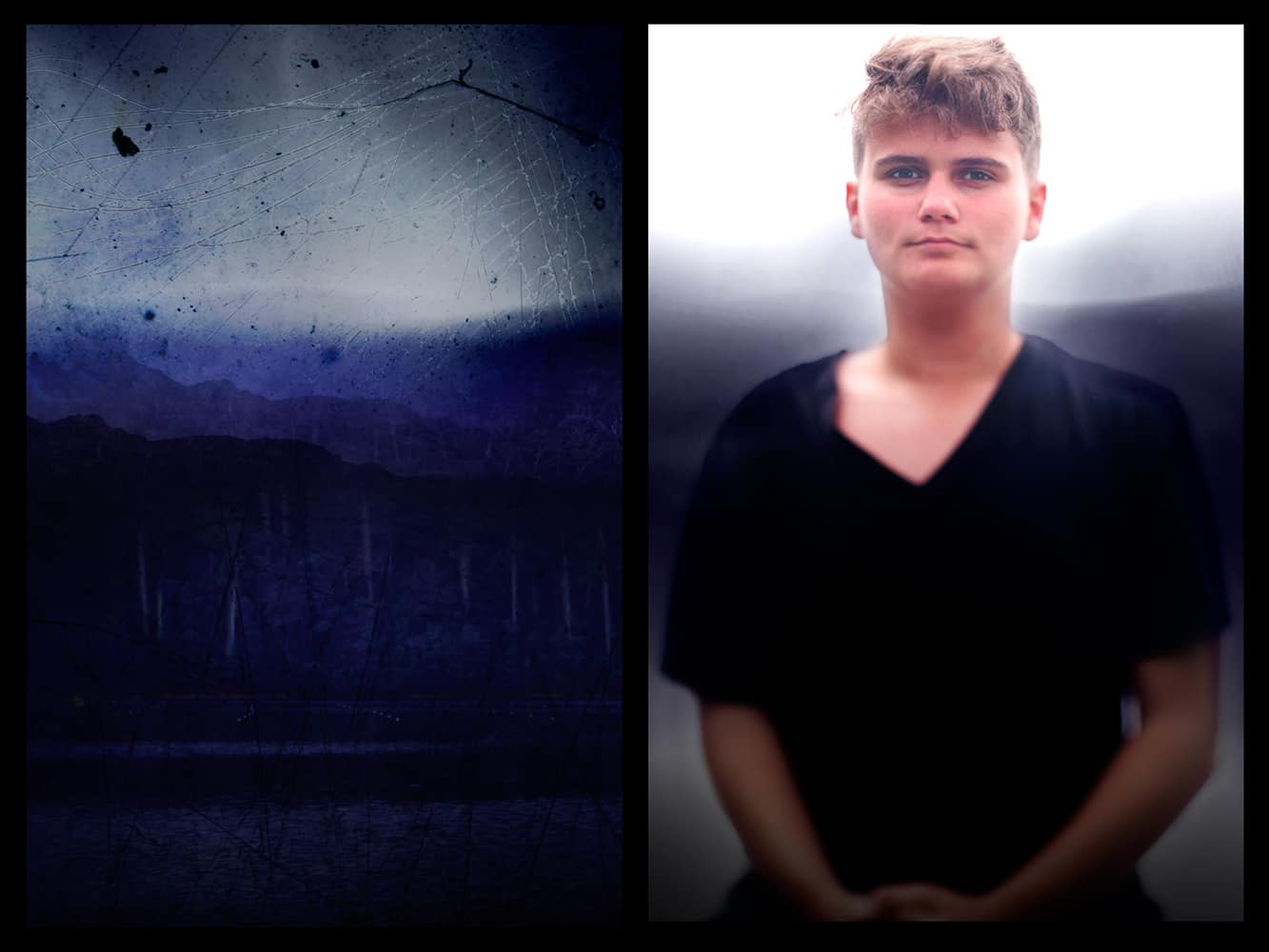 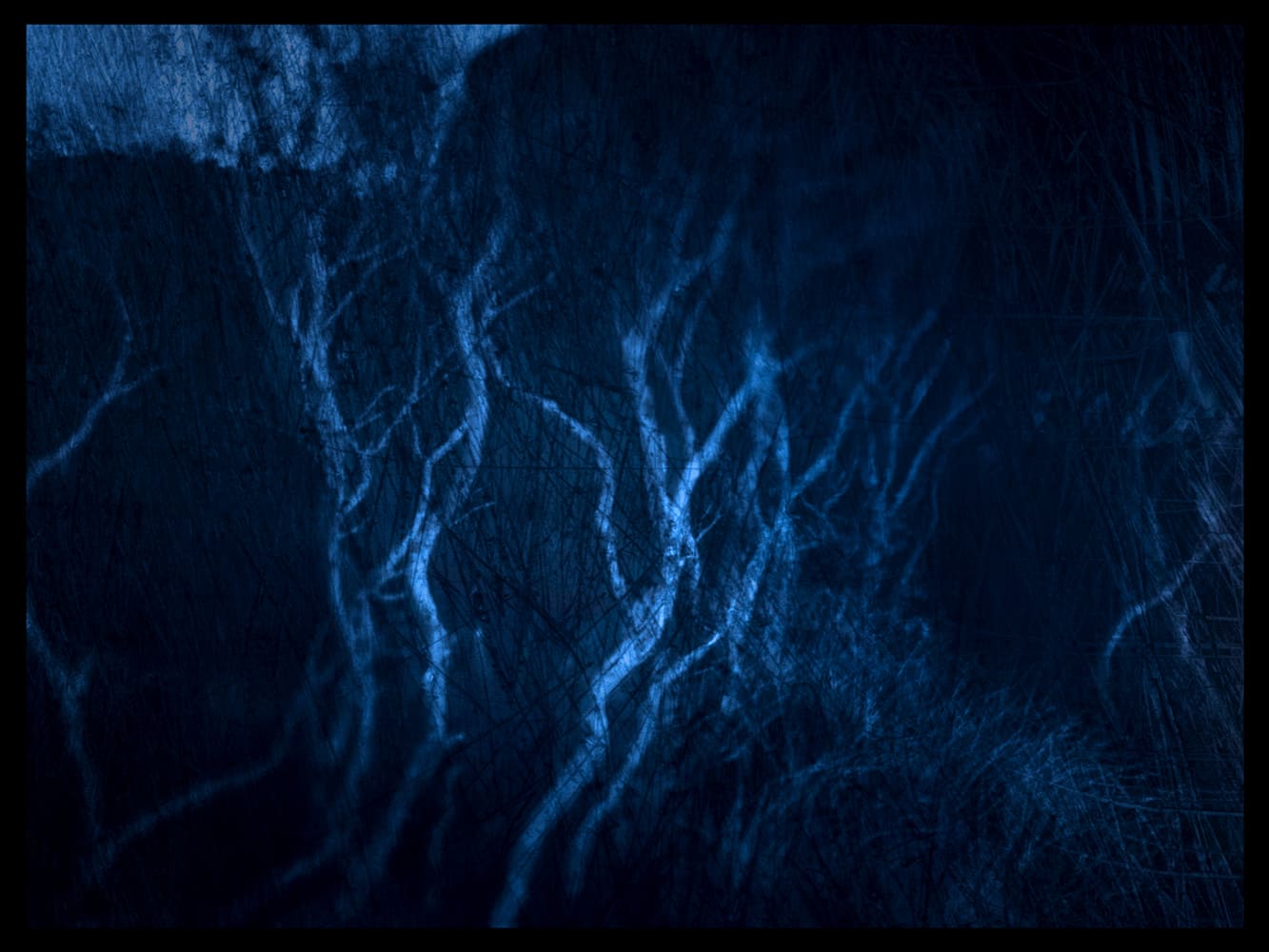 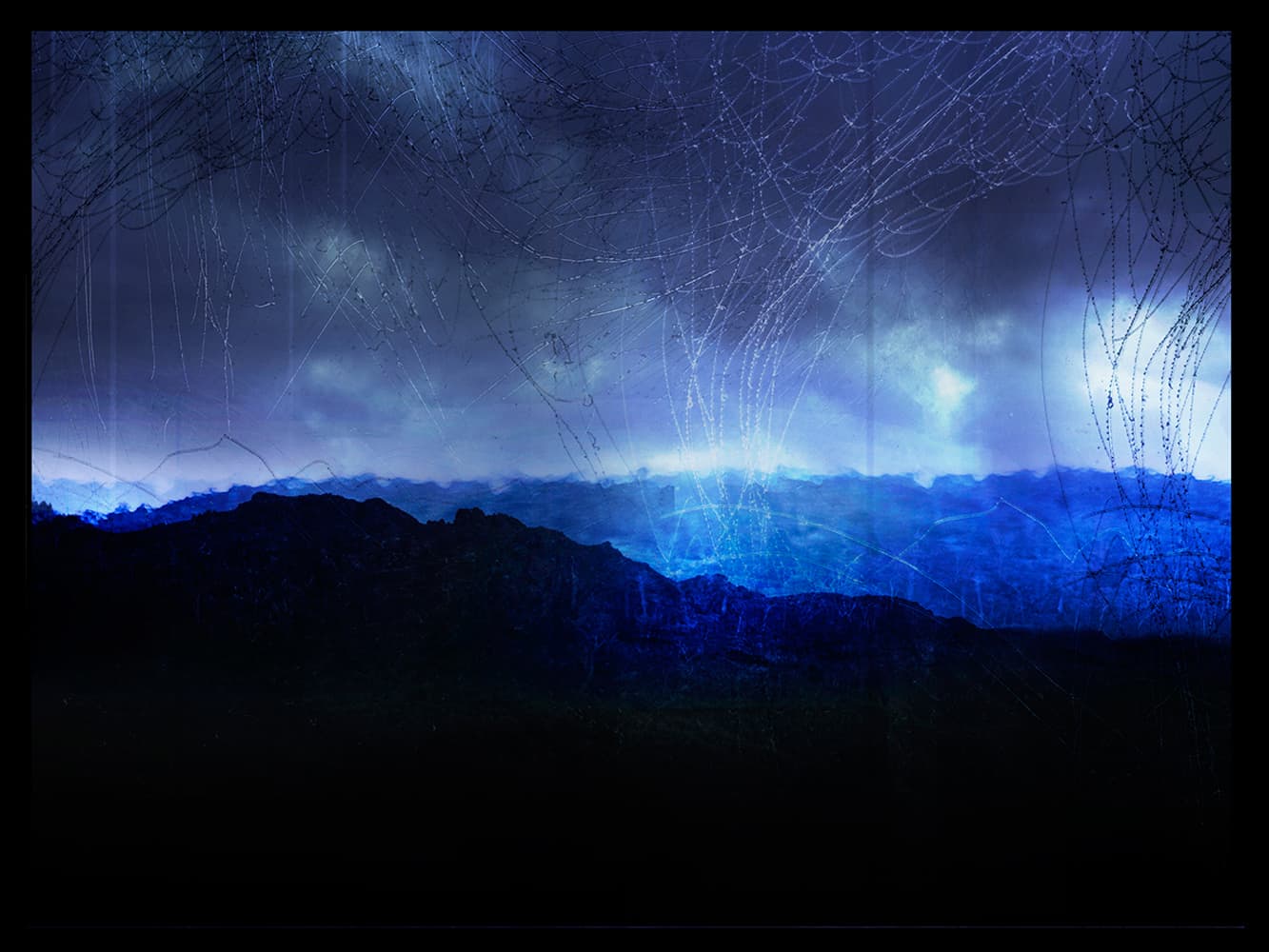 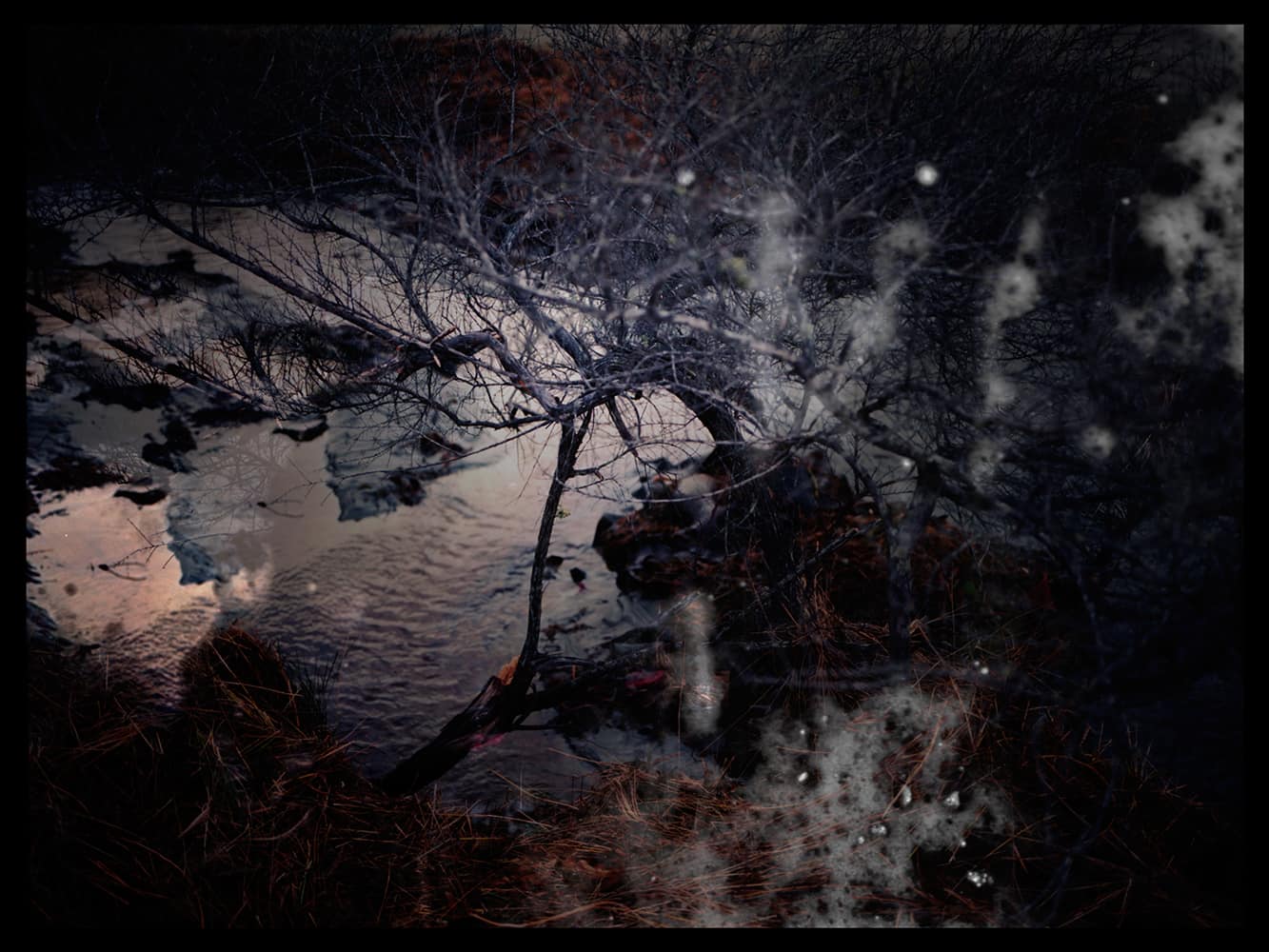 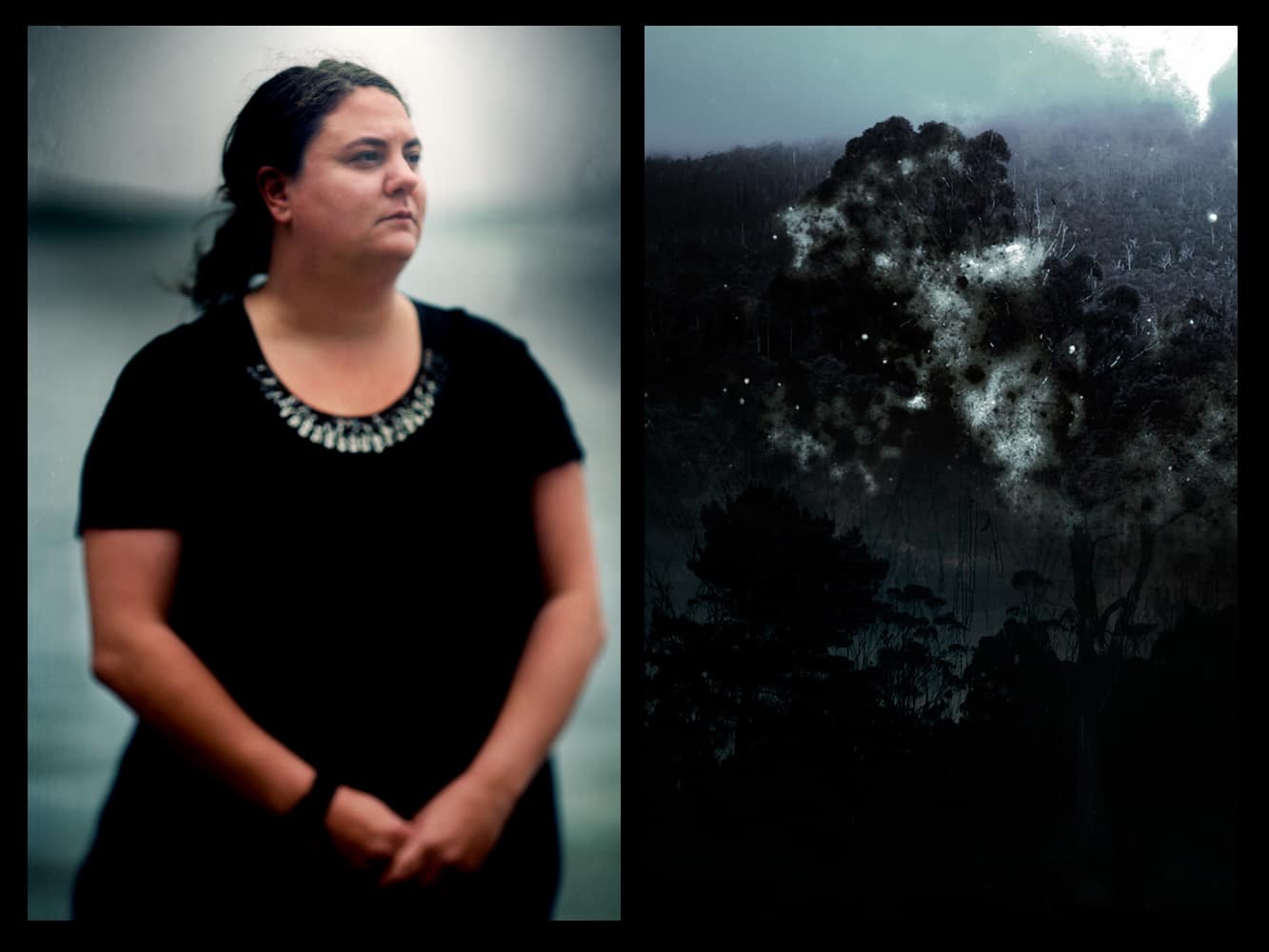 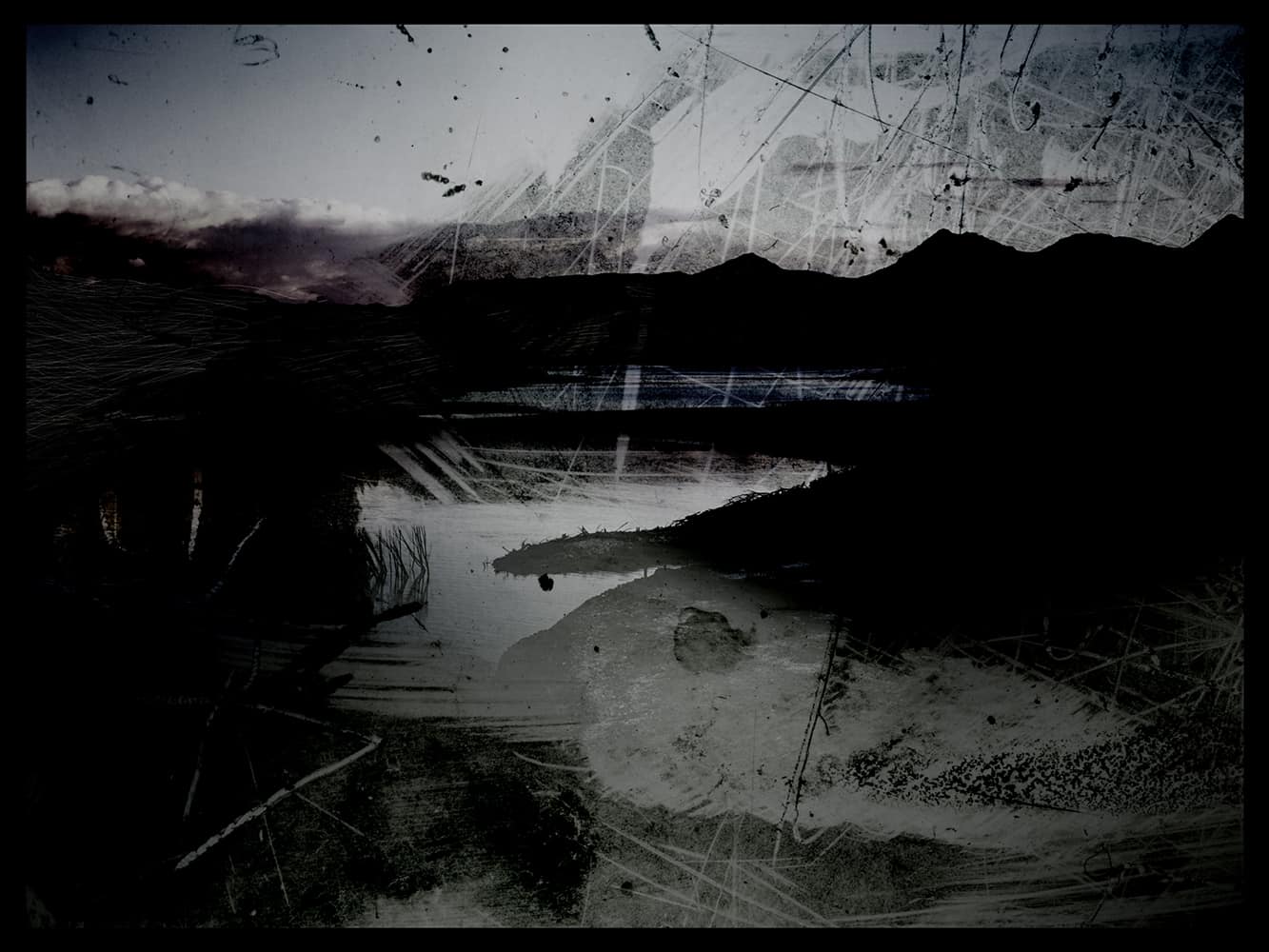 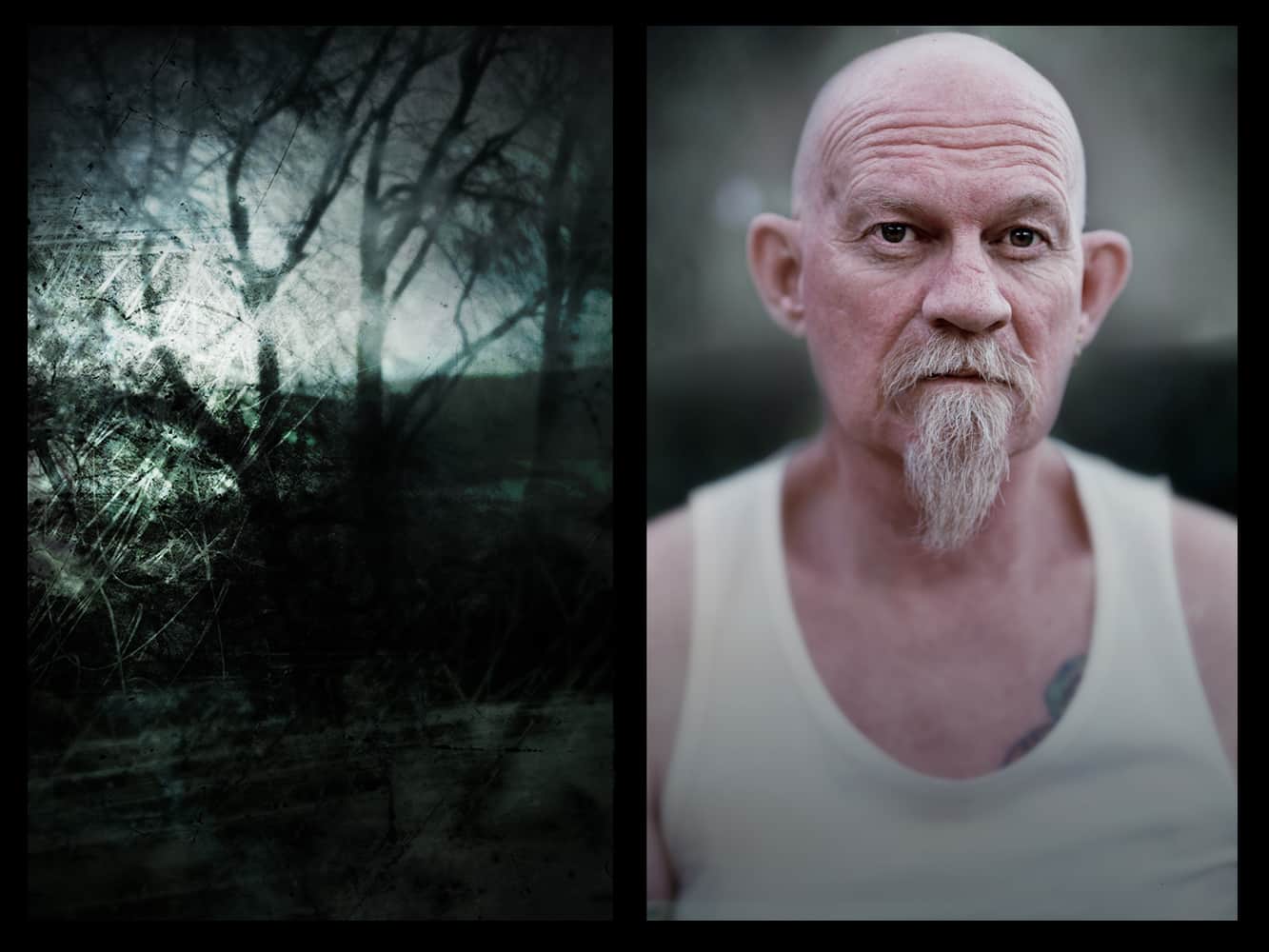 No Blood Stained the Wattle

This photographic work uses the violent conflicts and massacres of Tasmania’s colonisation during the 1800s to reflect on the mythical telling and mis-telling of Australian history.

Tasmania was inhabited for an estimated 40,000 years by the Tasmanian Aborigines. This exclusive habitation of the land came to a conclusion with the British invasion in 1803 when their societies were irrevocably shattered by the conflicts of the frontiers. These conflicts and the eventual Black War which ensued was a small guerrilla war but of massive proportions for both sides of the conflict with the death per capita for Aboriginals and First Settlers alike higher than in any other war in the history of Australia (including those fought abroad). The deliberate eradication of Indigenous Tasmanians is considered by the majority of scholars and historians to be a direct case of genocide.

The telling of Colonial history throughout Australia has told of the merit and progress of the New Settlers, who were explorers and pioneers in a new country, amid an unfriendly, harsh and hostile landscape. This narrative told of the greatness of the white man in conquering a vast and untamed land and focused on progress and modernity. Throughout this dialogue the voice of Tasmanian Aborigines has been silenced and the violence of the frontiers largely ignored. This mythical narrative served to reinforce stereotypes of the Aboriginal people, and was fundamental in creating a nation state which justified the actions of the past, denied the history of the original occupants of the land, and created a distorted perspective of historical events.

This photographic series uses the Black War as a backdrop to examine the notion of deliberate historical forgetting and reflects on memory, national denial and loss.
Portraits of Indigenous Tasmanians throughout the series demonstrate bloodlines, attachment to place and belonging. The sitters of the portrait were actively involved in the taking of the photograph and decided where they wanted their portrait taken and how they felt comfortable. The portraits are a mutual collaboration between two equal voices. The portraits and stories of Indigenous Tasmanians comment on the unalterable trajectory of bloodlines and aim to dispel the mythological understanding of ‘The Last Aborigine’. The portraits reflect on the importance of ancestry, culture and human attachment to land.

The images are photographed using a large format camera and film. The physical photographic films are painted with ochre and then scratched with various tools found in Tasmania to uncover diverse truths and perspectives of the past. The images are over-laid with landscape paintings from the same period in Tasmania to show the hypocrisy of history. Through the overlaying, scratching and re-working these images reflect the distortion and silencing of history, and by the constant degradation of the painted ochre on the surface of the film, which is continually changing and evolving, reflect our own evolving understanding of history.

Aletheia Casey worked as a Motion Designer for 13 years in the Television industry before dedicating herself to photography. During the last 4 years she has published and worked with The Sunday Times Magazine, The Financial Times Magazine, BBC London and BBC World, Getty Images Worldwide, Australian Associated Press, BBC Wales, SBS Television, Newspix Images and various international publications.

Aletheia has exhibited at the National Portrait Gallery, Foto8 (London), The Royal Shakespeare Company (London), The National Geographic Society (London), Black Eye gallery (Sydney) Mother (London) and at the Australian Centre for Photography. She was named a winner of The Magenta Foundation Flash Forward Emerging Photographer Award for the UK in 2012 and 2015, a finalist for the National Photographic Portrait Prize in 2012 and Bronze and Silver winner in the Documentary category of the PX3 Awards in France. Aletheia has twice been named a finalist for the Environmental Photographer of the Year Award.

During 2014 Aletheia was mentored by Magnum Photos as part of the Ideastap and Magnum Photos Photographic Award. She recently completed her Masters of Photojournalism and Documentary Photography through the London College of Communication and graduated with Distinction. Aletheia currently splits her time between Sydney and London.